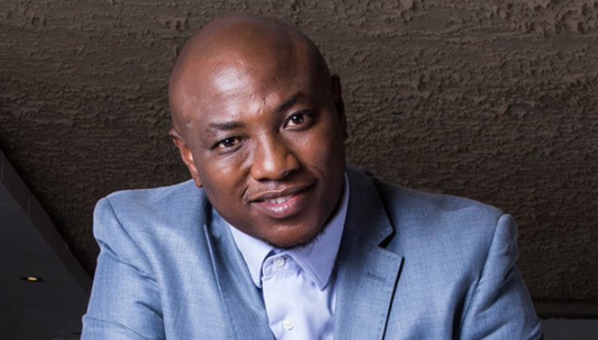 Last night’s gripping episode of Mnakwethu put viewers on a rollercoaster of emotions, as the show once again convinced people that men these days enter polygamy with the wrong intentions.

The latest episode even saw Musa Mseleku, the host, getting crowned for standing up against the husband Langa from kwaZulu-Natal, who was being abusive towards his first wife MaShelembe.

His treatment towards MaShelembe even saw him getting reprimanded by Mselekeu, who in the past episodes always sided with the polygamists. The way he brought in his second wife, who by the way was pregnant with his child, saw him getting slammed.

The second wife is MaSithole, who had her lobola fully paid and gifts were exchanged, without the knowledge and approval of his first wife. To his surprise, MaShelembe already knew about this. She broke down into tears when he informed her of the second wife and the pregnancy, and she chose her happiness over everything.

What made her too emotional was the fact that her lobola was not even fully paid. She revealed to her husband that she felt as though he does not value her and that she felt unworthy. Musa too felt the need to ask Langa if he was abusing MaShelembe.

As Mnakwethu progressed, many of the men who want to take other wives do not have a good financial standing. The same was for Langa, who got slammed by his wife for not being able to take care of her and the entire family, yet he wants to introduce another wife and baby into the picture.

Watch how emotional MaShelembe got and brought viewers to tears:

Men on the timeline flooded MaShelembe with messages of support, and one even asked women to stand together and give MaShelembe a shoulder or two to cry on. “Women…Please stand together and help her… I am asking you to please help this sister. Help her find a job so she can stand on her own. Please help her with therapy sessions… Please do not let this woman’s pain, tears and cry go unheard.”

And that is exactly what women did! In an impressive display of Ubuntu, Mnakwethu viewers have decided to reach out to MaShelembe and offer her a job and a chance to rebuild a new life for herself. When she left the marriage, she had to leave with nothing as she was dependent on her husband.

This was all thanks to a famous group on Facebook called Ladies House, who reached out to the woman and managed to put a smile on her face. Ladies on social media offered MaShelembe clothes, a job, a new house and a chance to smile again.

MaShelembe is also 7 months pregnant and due in November. Ladies especially in KZN have gathered to host a baby shower for her.

MaShelembe speaking to a woman from LH Image credit: Twitter

After years of backlash, Musa Mseleku defended his show saying it does not oppress women. He told SowetanLive the show is all about empowering women.

“Mnakwethu will always prove how powerful women are because it is not easy to do this alone. Men have to ask me to assist because it is difficult to approach women about such matters. It just shows that women have power. Men love their women so much that they don’t want to lose them.”

“Mnakwethu wants to change how the public perceives isithembu and it will reach a point where the society will see it as normal. For now I don’t expect the public to understand it. We are expecting a lot of criticism from the public.”

Fans Vouch For Emtee To Work With American Star