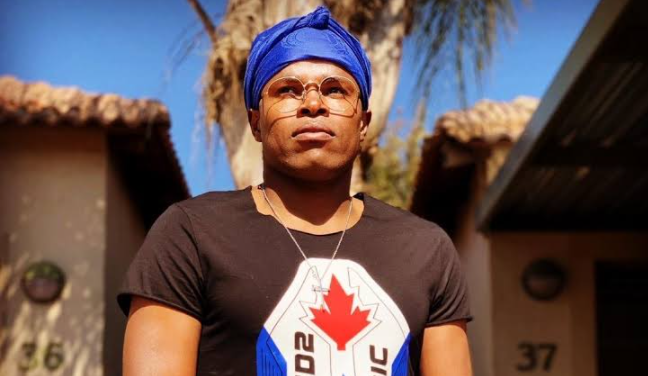 Soccer star Willard Katsande is seeking justice after he was assaulted by a motorist.

According to legendary sports anchor Robert Marawa, the former Kaizer Chiefs Captain was severely assaulted and his car damaged by a motorist in an unprovoked attack.

“Perpetrator has been arrested and will appear in Court this week,” tweeted Marawa sharing graphic photos of the incident.

He also added that the incident happened last week.

“After damaging the car and causing bodily harm to Mr. Katsande, the motorist sped off but thankfully Willard managed to take down the vehicle’s number plate.”

Marawa said the soccer star is well and seeking justice.

According to KickOff Katsande was on his way home when he was attacked.

“Katsande was traveling home after making his debut for new club Sekhukhune United against Chippa United on Saturday when he was violently attacked in Roodepoort.

“Damage to Katsande’s vehicle is estimated to be estimated at around R50 000,” the publication revealed.

Fans have since reacted on Twitter, @rendaniratshi tweeted: “And the pic choice. Road rage can be fatal. People need to be very careful. I just apologize and drive off, even when I’m not at fault. People got temper issues out there.”

“Football fans who always tweet that if they meet certain players they will issue hands, I hope what happened to Katsande taught you a lesson. Letlo swarelwa masepa one day.”

Incident happened 5 days ago and after damaging the car and causing bodily harm to Mr Katsande, the motorist sped off but thankfully Willard managed to take down the vehicle's number plate….Bosso is well and seeks justice.

Meanwhile, a few days ago, Robert Marawa shared that the Bloemfontein Celtic players were not leaving under good conditions at their new home in KZN

“Chatting to the players now on the fone who r sleeping four per small room is sad actually….whether morning or night it’s ruff,” he tweeted.

This was after the team was sold to the new owner, businesswoman, and reality TV show star Shauwn Mkhize.

Marawa also leaked the audio of the former Bloemfontein Celtic owner Max Tshabalala addressing the players about the immediate sale of the team.

In the audio, Tshabalala is heard saying: “…You have seen what the media is saying and everybody and that’s true, the team is sold, you know that we had problems and I was foreseeing other problems this season also, so the team is sold.

“I can’t do otherwise, it’s been four years that I have run the team out of my pockets and you know the challenges. You have also not made it easier for me so as per Premier League and stuff like that we have sold the team over to Royal AM, it’s in Durban, MaMkhize.”

Tributes Continue To Pour In For The Late Mahotella Queens Member