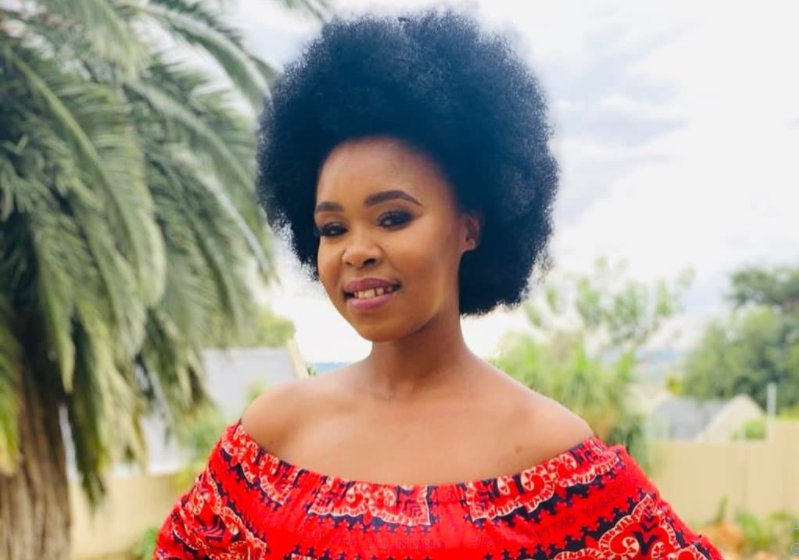 Zahara is super excited as today is the day she celebrates her single’s release called Nyamezela. This single, is from her highly anticipated album called Nqaba Yam and her fans are waiting patiently for the release date. Reigning on her parade though are trolls who brought up Zodwa Wabantu following the weird comments she made about the songstress.

Promoting her new single, Zahara was taking a stroll and singing the song encouraging people to have a listen. A tweep did not like the video and reckoned that is the reason Zodwa Wabantu does not like Zahara.

She was not having it so she told the tweep where to get off. “This is what Zodwa Wabantu cannot deal with,” said the tweep. Zahara asked the troll where does she enter? “Ndingenaphy mna?” asked Zahara.

These suspicions of bad blood between Zodwa and Zahara were brought to light during the promotion of Lasizwe’s brand new show on YouTube called Drink or Tell The Truth!

Zodwa told Lasizwe, “Zahara, I hate her,” and a flabbergasted Lasizwe asked why, then Zodwa responded by saying, “She’s a b***.”

Now what did Zahara do to Zodwa 😭😭😭 pic.twitter.com/Gj7SYfldCR

What could Zahara have done that prompted such a response from Zodwa? She is slightly less problematic, the only time she is ever in the media for something negative is if she accused of taking drugs or when she demands her money from DJ Sbu for Loliwe.

Advocate Barry Roux’s catfish account said, “Can Zahara re-record the Loliwe album so we can buy it all over again and the money goes straight to her, is it possible,” he asked.

DJ Sbu responded by saying “Ms Zahara’s money has always gone to her my brother. It’s disappointing that you continue to spread false information my brother,” he claimed.

But Zahara refuted Sbu’s claims and said he is a lying coward. “It’s all lies, I haven’t been getting anything since I left the record label, and I saw recently that my music was uploaded on digital platforms without me knowing, which means they sold my records to somebody and it means I need to get a cut for it.”

She even claims to not have spoken to Sbu in well over a year and made several attempts to call him but he never answered her calls. She has even thought of going top court but her pockets are restricting her from doing so.

“When I tried to communicate several times even last year, I tried so many numbers to contact them and no-one answered their phones, I always call them, they don’t care.”

“At the end of the day they know that if I go to court I do not have the resources or the money to fight them because they know they have money. God has given me a gift which nobody can take and I can start afresh like I am doing right now,” she said.