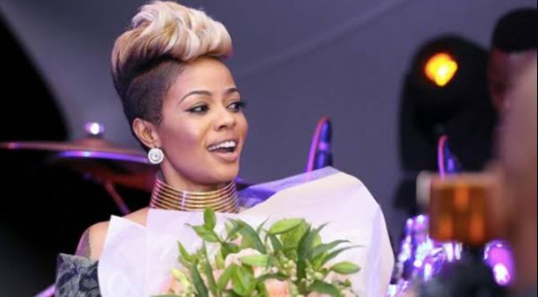 Singer Zandie Khumalo has revealed that her doctor has ordered her to take a break.

The songstress said she will not be taking any performances until later this year.

Taking to Instagram, Zandie thanked everyone that has booked her for their weddings this year.

She wrote: “This is me signing off I won’t be doing any performances from this weekend till the beginning of November 2021(Doctors orders)…..I would like to thank every promoters/event organizer, couples that have booked me for their weddings.

“Ngingakhohlwa abantu bami that buy my music ngithi nje asikuphinde lokho midnight Ngibonga uthando eninginike lona for all these years niqhubeke nikwenze nakwabanye . I will be back on stage at the beginning of November but I don’t leave u alone I leave with my EP titled ZENALA which will be out on all digital platforms from midnight today and out on all your favorite radio and TV stations from tomorrow………Ngicela nazi ukuthi Yoh Ngiyanithanda ”

Fans took to the comments section to send the singer well wishes.

Yesterday Zandie dropped another Bombshell when she announced that she was pregnant. Zandile said she is 8 months pregnant.

Sharing a picture of her baby cute bump, Zandie wrote: “A journey that is exciting and very scary at the same time but worth it, I wanna thank God for lesibusiso esisendleleni…….I’m 8 months in today and I can’t believe it’s almost time. We can’t wait to meet u Zenala ka mama”

Fans took to the comments section to congratulate Zandie.
Nsele_Luyand responded: “Ahhh love congratulations I’m so excited hope you are enjoying this beautiful gift may the Lord protect you.”

A few weeks ago, She said her husband pranked her with their helper’s phone.

She said he used their helper’s WhatsApp and updated a status saying Zandie is a monster.

The Whatapp status read: “My male boss is the best shame but the female boss is such a monster.”

On a now-deleted post, Zandie wrote: “So my husband takes our helper’s phone and posts this on her WhatsApp status before he leaves. Then 1 min later he calls me and say baby umenzeni u Pretty check her whattsap status mangisbona yazi ngezwa ikhwapha lijuluka liba manzi same time lapho u Pretty uyafa insini yazi ngizoyibulala le moer yendoda. (Then 1 min later he calls me and says baby what did you do to Pretty, check her WhatsApp status. When I look at it, my underarm just went wet, and Pretty on the other hand is just laughing. I am going to kill this man.)” 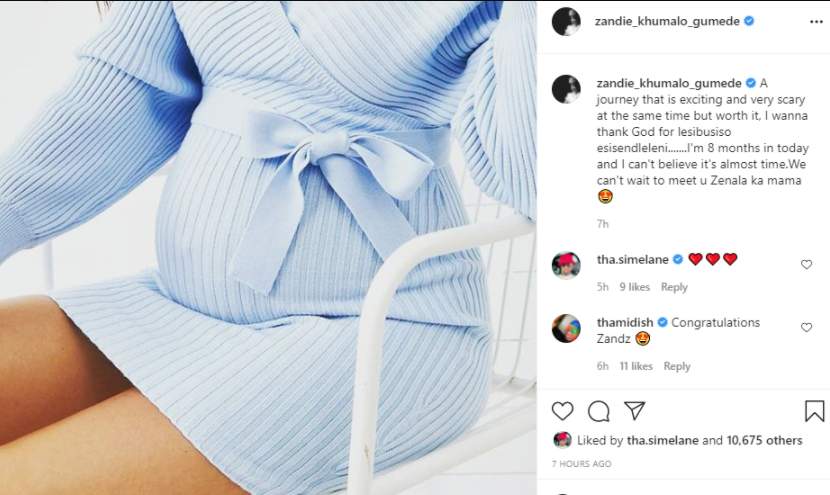