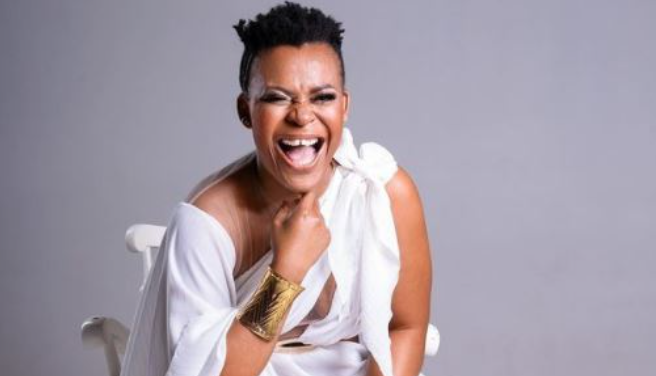 A snippet of a video where Zodwa openly says that she hates Zahara has been making rounds on social media.

Zodwa went as far as calling Zahara the B word. Tweeps are convinced that the Zahara that Zodwa was referring to in her video with Lasizwe is not the Zahara of the Loliwe smash hit.

Now what did Zahara do to Zodwa 😭😭😭 pic.twitter.com/Gj7SYfldCR

The video is part of Lasizwe’s new Youtube show Drink or Tell the Truth! that is not yet out. Hopefully once the video is out, Mzansi will get a clear picture as to why Zodwa despises Zahara.

@BaddieTitan said, “Is she really hating her or she just misses getting too much attention and being on the public eye?”

@MarcXabiso said, “Zahara is such an unproblematic queen”

@SimunyeSaba said, “Zahara is a decent, calm and respectful lady…Please tell Zodwa, Zahara isn’t her level. She should learn to mind her naked business….
“They have to talk about you because when they talk about themselves nobody listen..”- Bonang”

@BeynonSammy said, “Hayi, ngeke. Never come for Zahara! We shall defend her”

@Sivuno2 said, “A hate of Zodwa on Zahara is to seek relevance nothing more”

@APinkStarBurstt said, “Zodwa beefing with Zahara has to be the weirdest thing I’ve heard today”

@advovolicious said, “When I saw Zahara trending I thought maybe DJ Sbu did the right thing and actually paid her what he owes her. Zahara has not been paid by Dj Sbu she has no reason to lie and dj Sbu has no reason to refuse to be in a meeting with Zahara. #djsbu pay Zahara before its too late”

The woman at the centre of this controversy is also rumoured to be pregnant. The masses are convinced that socialite Zodwa wa Bantu could be carrying a bundle of joy following her recent picture.

The star has been out and about delivering eggs to her customers and one of those was YouTuber Lasizwe Dambuza.

After passing by Pimville in Soweto, Zodwa posed next to a statue in a figure-hugging dress and a visible bump on her stomach. Zodwa, however, has said nothing about being pregnant and in recent footage appeared to be rocking a six-pack.

Zahara on the other hand has been embroiled in a scandal that see a lot of tweeps fighting for her to get what is due to her. It is said that DJ Sbu robbed Zahara of her riches she made on her debut album in 2011.

All the hard work and dedication she put into the album did not get her any money. The songstress Zahara claims to not have received a single cent in royalties from Loliwe, her 2011 album she released under DJ Sbu’s record label TS Records.