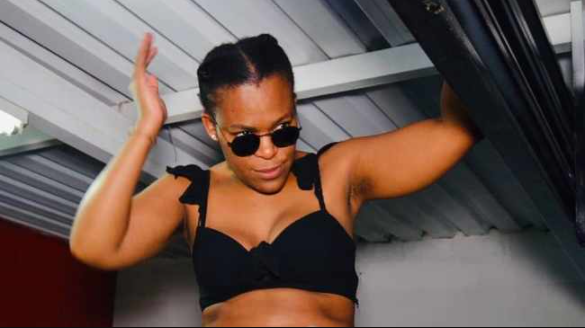 Media personality and exotic dancer Zodwa Wabantu has decided to throw in the towel and settle down. She has had enough of the single life, which comes with so much freedom and a lot of room for bad decisions. So with that, Zodwa has bought herself a ring to show how serious she is about settling down – all she needs now is a man!

Controversial dancer Zodwa Wabantu is known for having a straight from the shoulder personality and never sugar coats things. She is a very candid person who is also not afraid to give fans a glimpse of her sex life. Which is something she is always vocal about. Zodwa has openly declared herself a promiscuous woman who gets in bed with anyone she wants to.

But now, the time to settle down and be an honest woman has arrived for Zodwa. She shared an old video of herself buying a 12.36 carat diamond ring worth R80 000 in 2019. In the video she said she was tired of sleeping around and now wants to get married. “I just need one man so we can break the record and for my name to appear at Home Affairs. So I can also proudly say I cheated and cheated and cheated but at least I was able to get married.”

The entrepreneur also marketed herself saying she has properties and they are in Durban, Nelspruit and in Fourways.

Zodwa is single but she does keep herself busy by entertaining men. She told Lasizwe on his YouTube game show that she has someone at home, and he is younger. “Right now at home there is a Ben 10, He is not famous, he works I have been in lockdown with him. I love sex, I have everything, I love cuddling, I love having somebody at home. Imagine having a big house like this but you are alone.

“When I go partying, my boyfriend has a girlfriend so I don’t care…but he has been with me endlini (at home) but he hasn’t moved in with me,” she said in part.

One of the men to sleep with her is apparently Black Motion’s Thabo Smallz. Their fling is nothing new and she said she does not care that he has a girlfriend. Defending himself and his girlfriend he said he was single when he slept with Zodwa. “My side of the story, okay before anything you guys need to respect the mother of my child because she was not involved, I was not seeing her I was not in a relationship with anyone at that time hence I did what I did, please respect the mother of my child, It’s fine if you judge me I don’t care I am living my life.”

Zodwa made headlines this week after she got sexually assaulted by a fan during a performance. This angered many people who defended her dress code, saying it does nor matter what she wears but that does not give men the right to invade her body and assault her.

The man inserted his fingers in her private area but her a bouncer stopped him. Zodwa’s reaction is what shook many as she pushed the man and laughed it off.