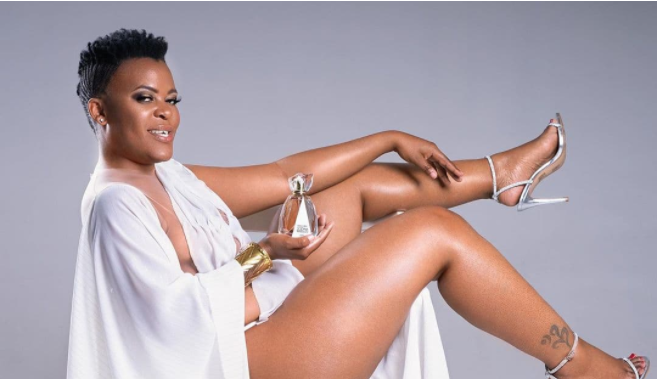 The masses are convinced that socialite Zodwa wa Bantu could be carrying a bundle of joy following her recent picture. The star has been out and about delivering eggs to her customers and one of those was YouTuber Lasizwe Dambuza.

After passing by Pimville in Soweto, Zodwa posed next to a statue in a figure-hugging dress and a visible bump on her stomach. Zodwa, however, has said nothing about being pregnant and in recent footage appeared to be rocking a six-pack.

Something else that stood out from her Instagram was the sight of Lasziwe’s house – he is doing very well for himself. Coming out of his double garage with two cars parked inside as well as a G63 parked outside. What more can a man in his early 20s ask for?

For a while, Zodwa Wabantu has been hinting at checking herself in at the rehab centre and no one is sure as to what’s what. However, some fans have concluded that she is the ambassador of that rehab facility and is coining it.

More recently, she informed her fans that she was checking herself into rehab again. Addressing this on social media, she said, “I know I can decide as many times as I want but the truth is I am responsible for my health, my alcoholism and my drug addiction so I will always be welcomed as many times as I have made many mistakes as I want. I am allowed, so I am back at Africa Rehabilitation Centre with my bag since we are on lockdown, I am taking this opportunity to look after my demons”

Actress Refilwe Modiselle praised her for her bravery and choosing to take care of her health. “Sis wam why lobaba angakupathisanga ibag (why did that man not help you with the bag), Hao a gentleman must carry your bag up the stairs. I know uyisterring but not nge luggage bag Zodwa Libram. Jokes aside thank you for being an intervener. People need to hear it’s ok to face their problems. No one is perfect.”

Musician, Reason recently took to IG to open up about a life-changing encounter with the socialite. This came after a few people in his sphere came to him and advised him to be careful of how he moves.

“But anyway I bump into Zodwa wa Bantu at DBN Gogo’s party. You know, she arrives, she chilled. I did some snaps, made fun of her, she made fun of me and we laughed. And then we partied and somewhere along the lines Zodwa turns to me and she’s like ‘you know I’m really happy for you.’ And I’m like what do you mean, she’s like ‘I’m really happy that you are doing you.” Said the musician in part.