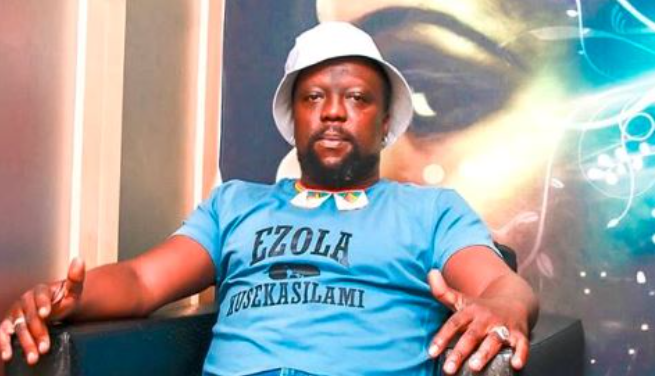 Another death hoax has hit ZAlebville and this time it is of a reportedly ailing Kwaito superstar Zola 7. For weeks now, muso Zola 7 was said to have been very ill as he is suffering from chronic epilepsy and had needed the public’s support with his rising hospital bills.

Yesterday afternoon, a Facebook user by the name of C’yabonga DjGusheshe Nkosi announced that Zola 7 had died as a result of heart failure. However, that same user later apologised that he announced his death rumours without verifying the facts, saying he got a false update. He said that Zola is alive and that he did not wish for his demise. Another social media user Godfada Yekasi confirmed that Zola is alive and that he had gotten off the phone with him a few minutes before posting the screenshot of their call.

😤😤😤Where did you have the authority to say something like that? #Zola7 pic.twitter.com/TGKr64e0yq

They often say lies spread faster before the truth gets a chance to put on it’s pants. News of a person’s death is not a pleasant one especially if the person is very much alive.

Tweeps have been up in arms, livid at the false news of Zola’s passing saying the family has not released any official communication so the legend cannot be dead.

You guys don't learn. You're already announcing indaba ka Zola 7 before the Family.

It's no longer insensitivity, but lack of Respect for other families' Elders and Privacy. Hloniphani Imizi Yabantu.

Zola 7 is not dead until his family confirms it, sidiniwe yini nina pic.twitter.com/2JHbyz1oRA

I really hope the news are fake,cause as a country we've been through a lot,we can't afford to lose a legend like Zola 7#RipZola7 pic.twitter.com/gKF7H3Gtdz

It is no secret that Zola 7’s health is not at it’s perfect state as the singer is epileptic. He had suffered several attacks whilst driving on the road, and that resulted in him staying far away from the steering wheel. A recent video of him with a friend though suggests that he has taken the courage to face the wheel again and we are loving his courageous act.

The legend is alive. Zola 7 pic.twitter.com/BGF1RWAuSd

A few weeks ago, it was first rumoured that Zola is very sick and is in need of prayers. His friends reportedly visited him in his home but found the muso bubbly and doing very well. Mapaputsi and them told Daily Sun that they are grateful to have united and visited Zola during his time of need.

City Press reported that Zola’s team had started a crowdfunding initiative to help gather funds for his hospital bills. He hit back at those rumours and his PA Siki Kunene, spoke with The Citizen and rubbished these claims.

“We honestly don’t know where these rumours started. He is not in a hospital, he is perfectly fine at his home,” Kunene said.

Regarding the crowdfunding plea she said, “This is absolute rubbish. In fact, the management pays for his medical bills and send the medication to him.”

Zola 7 then spoke to the publication and explained that reports of his hospitalisation were untrue. “No such a thing,” he said. He further stated that the original article is true however the crowdfunding is false.

In his interview with Mac G on his Podcast And Chill interview, Zola spoke at length about his diagnosis and his sick he was.

"I was only diagnosed by media"