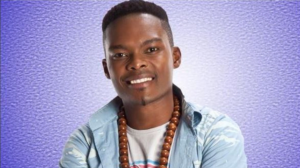 The exhaustion in Zola Hashatsi was evident as soon as he picked up the phone.

It was no surprise, though. The actor and television producer was still processing the emotions around the murder of his best friend Dumi Masilela, and the subsequent four-year trial, which ended in the Pretoria High Court on Wednesday.

Masilela, who played Sifiso Ngema in the e.tv soapie Rhythm City, died after he was gunned down during an attempted hijacking in Tembisa.
Hashatsi told IOL Entertainment that though the past four years had been very challenging, he was relieved that justice had finally been served.

“Yes, it won’t bring Dumi back, more importantly Dumi’s mother, who is my mother now too, has finally gotten her closure.

“What I prayed for was a double life sentence and they got one, which is fine, I know they will try and appeal after 15 years, and if I’m still here, God willing, I will fight against that,” Hashatsi said.

Reflecting on the moments after the Judge handed out the sentences, Hashatsi said he knew that his unrelenting spirit and patience had paid off.

“For four years, we stayed on the case. All these five people have been doing this and have been buying cases. They were used to getting away with murder, they thought they would. They even tried to bribe the judge. But not this time.

“We sat there thinking it’s all done, but Dumi is not going to come back!

“These guys didn’t show any remorse. They didn’t seem to care, they don’t feel anything. For me, personally, they don’t deserve to be in prison, they deserve to die.

“They took a son, an uncle, they took a person who was married for only two months. They took a very kind, gentle, loving and talented soccer player, musician, actor. They took a breadwinner. I was even saying, can they at least pretend that they are sorry?”

Hashatsi added that the outcome of the hard sentence was a victory, not only for the Masilela family, but for the country.

“For us, the faith in the justice system has been renewed. And also, this will teach the next coming generation we are supposedly raising, that crime does not pay. If you commit the crime, be prepared to do the time,” he said.

Hashatsi added that it pained him to witness the toll Masilela’s death took on his mother’s health.

“Umama lost ubaba a year before uDumi, so you can imagine the pain she went going through after losing two of her pillars in such a short space of time.

“We are meant to bury our parents, not the other way round,” Hashatsi said.

Hashatsi and Masilela were thick as thieves. The duo met over 10 years ago on the set of Rhythm City, and they hit it off immediately.

When asked what he thinks his late best friend would say to him right now, Hashatsi, smiled and responded: “He would say, ’Ta Ntwana’…he was a soft soul…he would appreciate it.”