Zozi Tunzi Opens Up About Fear

Zozi Tunzi Opens Up About Fear 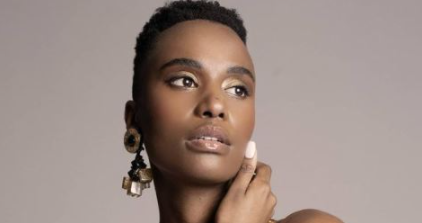 Zozibini Tunzi has opened up about something we all did not think she would be scared of, she was the longest serving Miss Universe after all, but it seems fear does not matter whether you won Miss Universe or not.

She took to Instagram to pen her emotions. She said, “My favorite part on this day was once again realizing how fear can be crippling and in the way of beauty and success on the other side. I was so scared to sit on the tip of the boat but I mastered up the courage to do it and the feeling was so liberating.

“Doing that one “brave” act gave me the courage to want to do more so I attempted the second thing I said I would absolutely not do. I climbed all the way up to the top of the boat. I set there for the whole cruise and watched the most beautiful sunset over the ocean I had ever seen.

As I set there I thought to myself…did you die trying to conquer these fears? Or did you gain something new? This is a quick reminder to you. That thing you want to accomplish the most is on the other side of fear…all you have to do is call it’s bluff because it’s not as scary as you think.

Thank you for coming to my TedTalk! I also wanted to show you how cute I looked so you’re welcome on both accounts 🤣🤣❤”

Zozi is not the only that has been dealing with a fear of some sort. The Estate actress Jo-Anne Reyneke also opened up about the fear she developed when she was at her heaviest, as she puts it.

She said it has been a long journey, she added that she feared people at times because she did not want them to see her.

“It’s been a long journey yoh!!! The weight loss journey is an individual one, it takes a lot of love to love yourself through every size and shape. I developed a fear of crowds when I was at my heaviest, it took a while to realize that it was only because I didn’t want people to see me…

“I had to come to a place where I realized that being happy is a Choice! Life will always be hard, rich or poor it will be hard…so choose you Hard! #everyonesstory.”

Joanne has lost the weight and she looks as stunning as she looked even before she lost the weight. We are so happy for her. We are inspired to say the least.

Talking about inspiration, one person who is definitely be the definition of inspiration, it would be Sbahle Mpisane. The fitness bunny, turned actress has always displayed a positive mindset and attitude when it came to achieving her goals. In the past two years, the good sis has documented her weight loss journey as well as her fitness journey.

Since her horrific car accident on 11 August 2018, she has always been driven around by drivers. Now, she has gained the confidence and overcame her fear of being behind the wheel.

We love this for Sbahle. She has truly come a long way.

Get Rich Pays Homage To Mboma And Masilingi