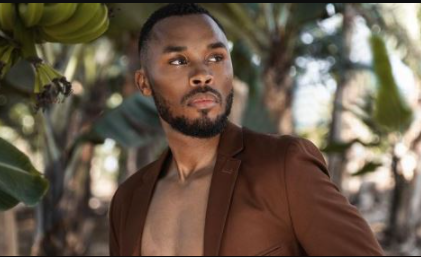 Mthokozisi Nqabakazulu Mkhathini has dropped his long awaited album, Spirit Of Ubuntu and fans could not be more happier.

The former Dreamteam member took to Instagram to announce the album. He said, “I have so much to say, but words fail me right now…I am so honoured and proud to finally present to you SPIRIT OF UBUNTU.

“A conceptual body of work that’s taken time and a lot of growth to complete. This moment signifies the end of a particular stage in my life while introducing a new beginning, a start of an exciting journey!

“Please leave all expectations at the door and give the full album a chance and take your time, each song is a chapter…you may not like every song but there’s definitely a song for everyone and every mood. With that being said thank you to all my collaborators and contributors. We did it! Ngiyabonga #ZuluSOU”

These were some of the reactions following the drop:

@andrepitse said, “This is wonderfully captured 🔥🔥 great work from you and the team. This is a win ❤️”

@allularbigeyes said, “Great capture, I like the Idea of umbrella as a reflector to also control lighting.. Beautiful concept”

Yesterday, Zulu revealed the track list for the album and wow, what a comeback sir. We love it.

Another person that willbe dropping very soon is actress and singer Denise Zimba. This is after a 2-year break.

The former Generations star shared a trailer of her new single titled ‘Thobela’ on Instagram. The singer is set to release new music next month, 3 September.

She said she took the break to raise her baby girl and she is certain that this is the right time for her to come back to the music scene.

Denise wrote: “Having focused on raising my daughter for the past two years, I’m in a position where I feel like I want to give my music the attention it deserves and have some fun doing what I’ve always loved most!!

“Been cooking up with @PRxFND and we have something special coming next Friday, SEPTEMBER 3rd. A re jaiveng! Pre-order link in bio. Cc @PRxFND.”

Gemini major is also another artist that dropped today. It is truly lit in the music scene today.

Popular Amapiano vocalist Lady Du left fans stunned today after she shared a snippet of her song with Makhadzi on Instagram.

Their new hit song titled Tchukutsha was released today, Makhadzi also took to her social media platforms to share the news of her new release.

The vocalist said she wanted to surprise Makhadzi, and also share the side of her that her fans aren’t familiar with.

She wrote: “A side of me that a lot of you don’t know vocally, I asked my best friend @momo_the_princess to help me translate to Venda to surprise @makhadzisa by rapping in Venda let’s go, take us to number one y’all our song is out on all digital platforms.”

“We Couldn’t Pay Our Rent”

Sarah Langa Gets A Bouquet With 12k