How Somizi Is Fighting Unemployment

How Somizi Is Fighting Unemployment 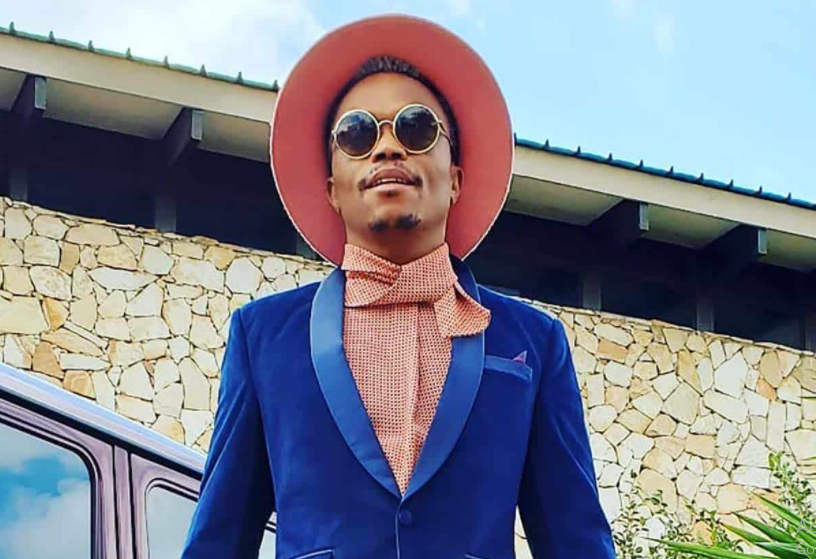 With a lot of time on his hands, Somizi Mhlongo is looking for ways to keep the money coming in, despite having lost out on two major gigs. With all that he was doing from judging on Idols SA, to making music, to being a master chef and radio personality, we had forgotten that Somizi can actually break down on the dance floor.

The media personality has returned to dancing after a 2 year hiatus. He was more of a choreographer but now, he has decided to return to it. Sharing a clip of his first dance session, Somizi expressed excitement saying it feels good to be back.

Fans have flocked his comments section with words of encouragement saying ‘they’ tried to keep a good man down, but they failed. A fan said the devil is exhausted because Somgaga keeps on finding ways to win.

Somizi has been keeping busy with his cooking tour and also as a GH Mumm ambassador. In his recent post he showed off and bragged about still getting paid.

Somizi wears many hats and he wears them very proudly – he is also an actor. In fact when he first started gained stardom in 1987, he was an actor. Earlier this year, Somizi was reportedly shooting a short film called The Gang. According to entertainment commentator Phil Mphela and his Entertainment Alert team, they revealed that Somaga will be starring alongside some industry greats and they are Seputla Sebogodi, Kagiso Medupe and Thami Ngubeni. They also revealed that the film is currently under productions.

At just the tender age of 13, Somizi starred in a film called Scavengers and that was in 1987. But his first break out role was Sarafina and other productions such as Cry The Beloved Country as well as other theatre and TV productions.

Meanwhile, his estranged husband Mohale is accused of being a copycat. The entrepreneur has been labelled a looter after he has been accused of being in a relationship with Somizi just for his money and fame. Now, Mohale is being accused of trying to be like Somizi as he is taking up similar gigs like his future ex-husband.

Just like Somizi’s Sunday Buffets where he serves nothing but traditional food, Mohale is doing similar gigs and did he not get dragged. Taking to social media he announced his gig with Ayoba Cafe Shisanyama and said he too likes traditional food.

“Hey Guys, love traditional food like me? Come through and have lunch with me on Sunday from 14:00. This will be in buffet style. I’ve partnered with @ayobacafeshisanyama to give an opportunity to upcoming qualified chefs to cook every Sunday at Ayoba for the next few weeks.

“Each week a different chef will be chosen to come and cook, all you have to do is to send your profile to [email protected] – the team will have a look and who knows, you might get that call (Chefs will be remunerated for their services)”

Mohale has been subjected to some social media bullying ever since that damning audio got leaked. He accused his hubby of abuse of all sorts which made him lose out on gigs. Somizi stans have been on his back saying he is the reason Som G has been crying unemployment.

Meanwhile, things are not looking good for Idols SA as they reportedly lost at least 300K viewers since Somizi’s exit. Channel24 reported that after Somizi was allegedly “fired” from the singing competition, ratings reportedly took a huge knock, losing approximately 324 847 viewers.