Lebo M Vows To Get Justice For His Late Son

Lebo M Vows To Get Justice For His Late Son 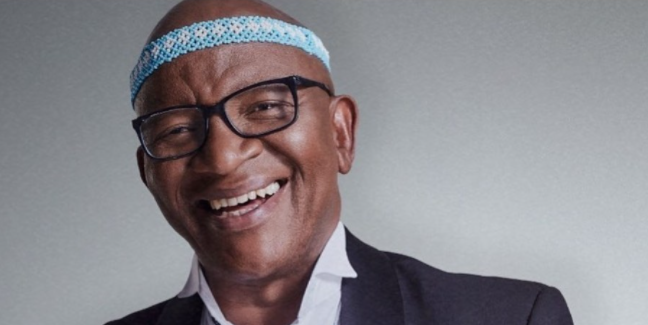 Lion King producer and award-winning composer Lebohang ‘Lebo M’ Morake recently turned 57, but his birthday was a bittersweet one.

The reality TV star shares his birthday with his late son, Thembalethu Morake, who passed away 18 years ago at the age of one. Sadly, his life was cut short in 2003 at their family home in Dainfern, near Fourways, Johannesburg.

According to City Press, Morake said that his one-year-old son was left in the care of a 21-year-old nanny who the family barely knew. Nandi Ndlovu-Goodjohn, who was his wife at the time, had left the their baby with the nanny when she went to attend a funeral with a friend.

“Everyone orchestrated [this] against me … to hide the truth behind the murder of my son and the negligent role [of the nanny] in the death of my son,” he was quoted as saying.

Morake further stated that his son drowned in the pool — which was viewed as negligence on the nanny’s part. As a result, the nanny was found guilt of culpable homicide in 2008, but the world-renowned producer believed that there was more to the story and he still needs answers.

The nanny was sentenced to a year in prison or R3 000 fine, which she managed to pay. However, Morake has vehemently expressed that he is not letting this go, and this time he will subpoena everyone should the trial happen.

“The circumstances surrounding my child’s passing suggest negligence … I have been quiet all along because I have children to protect,” he said. Adding that this incident, and everything that unfolded thereafter, has made his relationship with his other children very shaky.

His relationship with his eldest son, Tshepiso, has been rocky for years and it has since gotten worse. Just last month, ZAlebs reported that he was fuming after reports that Tshepiso (his son) and Ayanda (his daughter-in-law) tied the knot at Home Affairs and they did not invite or let him know about it. He only found out about the wedding through his other children and he was not at all pleased.

However, his son and daughter-in-law could not care less about the decision and are too busy enjoying their honeymoon phase to care. When asked about her relationship with her father-in-law, Ayanda said, “My father-in-law has not apologised for the way he has painted me to the public, nor do we think he is going to, but we’re choosing not to hold on to it. We want to enjoy this new phase of our lives. We’re still not on speaking terms with him.”

Ntsiki Blamed For The Violence