What Mohale Has Been Up To Lately

What Mohale Has Been Up To Lately 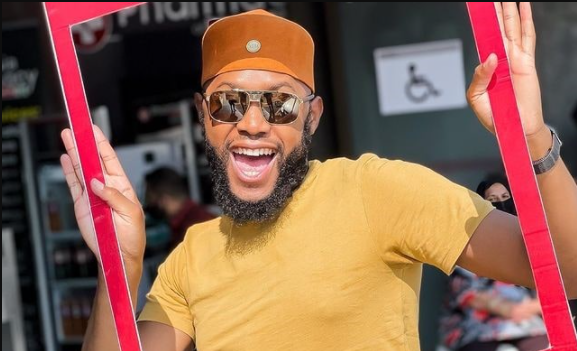 Mohale Motaung has not had it any easy ever since he started dating his estranged husband Somizi Mhlongo. The entrepreneur has been bullied and called all sorts of unpleasant names but one would think he would gain public sympathy after the infamous audio clip with Legend Manqele got leaked – but that was not the case.

With Somizi allegedly getting booted left, right and center by companies he worked with, we had to just do a little digging about what Mohale Motaung has been up to.

Surprisingly, Mohale’s social media activity has not decreased one bit despite Facebook users giving him a rough time on that app. Whenever Mohale posts an update, the comments are vicious but the influencer soldiers on with a smile. He has resorted to turning off his comments and just posts in peace.

Now that Mohale has announced his divorce with Somizi, many have been wondering what he has been up to. Mostly because some assumed his source of income was Mhlongo and now that they had separated, Mohale would go back to being the “non-celeb” they have labelled him as. An Instagram user even asked what exactly is his career as they assumed he was an influencer.

The proud CEO of Glam Troupe has been all about work, work and and a bit of play – he even squeezed in some time to get vaccinated.

He lost out on his agency and other partnerships but The Finery Gin is still doing business with him.

Mohale even bagged a nomination whilst hubby on the other end is loosing out on one of his biggest jobs which is with Idols SA. On Facebook, he got attacked for just announcing his nomination. His exciting nomination is at the Africa Choice Award and he is competing with Oros Mampofu for Male Personality of The Year.

People said there is no way Mohale would get a vote from them saying they blame him for all that is going on with Somizi Mhlongo.

Mhonto Majambe: “In your dreams you will never get any support from us. You are a great looter and have evil heart.”

Mat Moretlo: “I’ll vote for Oros Mampofu. Wena I hate you for what you did to Somizi while all he did was to love you… Go to hell.”

Anelisa Mhimhi Manqola: “You betrayed the country Mohale you can’t be getting awards.. we want a public apology.”

Sifiso Mdhluli: “You are taking this too far, thina Vote for you imagine. You can loot that Award angithi that is your talent. Give us a break to heal please.”

Perhaps Mohale should follow Babes Wodumo’s footsteps and lawyer up against there trolls because wow!

On Twitter, Mohale hinted that he has been receiving some fake news reports of late.

In the meantime, Somizi is rumoured to have lost out on Idols SA for good. The media personality is allegedly not gonna be returning on Idols as Mzansi Magic is head hunting his replacement. Mzansi wants Kelly and their wish could be Mzansi Magic’s command.

Somizi is using his talent and passion for cooing to good use whilst he is off air and away from TV.

Here’s What Bonang Has Been Getting Up To