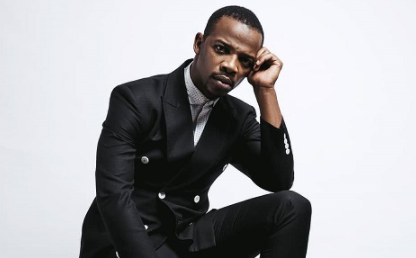 Zakes debuted the song on Shimza’s recently launched Kunye music series where already established artists as well as new artists give Live performances, for the globe to witness.

After his performance, Zakes probably trended for the longest time since the start of his career as people wanted more of the song. Speaking about his disbelief over the frenzy he has caused he said, “I did not think that people would just love it instantly, I thought it was gonna grow with people until people wanted to hear it immediately, it surprised us.”

People around the globe have been vibing to the song, expect for his former good friend Black Coffee. He revealed why he would not be playing the song on any of his concerts, saying Zakes’ version of the song does not do it for him.

Nobody could figure out what Zakes’ motives were when he made that revelation but many outed him for being jealous of Zakes and his success. He did give the song the credit that it deserved though, but when a fan asked him if he would include it in any of his sets, he simply said, “It is nice but I won’t I still prefer the original.”

Explaining what his problem with the song is, Black Coffee said that he wished people who created the “original” version could get their moment to shine. “We all doing our best to support each other and they don’t have a voice to cry out when such happens and I unfortunately can’t keep quiet someone has to say something. This particular song isn’t even out yet it’s just been played by DJ’s exclusively and now it’s here.”

Zakes shared all the countries that are vibing to his song, from countries like Spain, Portugal, England, Switzerland, and even Kenya. Fans are already worried that when the release date arrives, the country might just dive back into level 5!