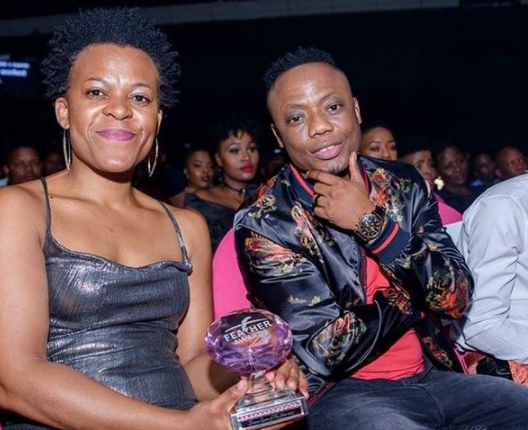 Zodwa Wabantu is tired of living under another man’s shadow as she desperately wants to forge a path of her own. That’s what she told Daily Sun and she is ready to be her own boss.

The businesswoman who made a name for herself as an exotic dancer, signed under Afrotainment, DJ Tira’s company in hopes to grow as an entertainer. She would host gigs wearing skimpy clothing all whilst being guided by Tira.

Now that she has acquired her large following and her business deals, she wants to do her own thing and that means she has to depart from Afrotainment. There is however no bad blood between Zodwa and the boss who wished her nothing but the best.

“Tira is a businessman and I’m the businesswoman. And I couldn’t work under a person anymore. I had to make a decision, a business decision,” she said.

Zodwa said that Durban artists have the tendency of limiting themselves but she does not want to make that mistake. “Many artists from Durban are limiting themselves. They are only popular in Durban. I didn’t want to be like that. I wanted to spread my wings and build my brand.”

Contradicting what many might have said about Tira being a corrupt businessman, she said Tira has never stolen her money, neither has he exploited her in anyway, “If Tira robbed me of money or something, I would’ve talked. If he exploited me or we had any fight, I would’ve spoken out. But he was good to me, but I wanted to do things on my own.”

Zodwa has a booming Egg business which she started during lockdown as her major income source was cut. She also has a perfume business for day and night use.

The last time Tira gained negative publicity for being corrupt was during the whole TNS saga where he went on Instagram and exposed a few big music bosses who are out to steal his money.

He alleged that there is a group of people who call themselves ‘Durban United’ who are scheming for his demise. He says the group of people want to kill him or leave him paralysed. As successful as he is, he says those people want to steal his money. “They’re so many, they even formed a group… to see if this thing I cannot handle. I cannot fight. I can’t fight this fight because I’m alone. I don’t have a mother and a father,” he cried.

“I am alone but there are people who want to kill me… it’s fine take whatever guys. Your music… take the music…do not kill me.”

Fingers were pointed and a lot of them pointed towards Tira’s direction. Soon after that, #TiraMustFall trended but he issued a video saying it is not him. He said he does not have anything against TNS and that he should speak out so the culprits would be found.

Gemini Major To Take Legal Action Against A Football Club