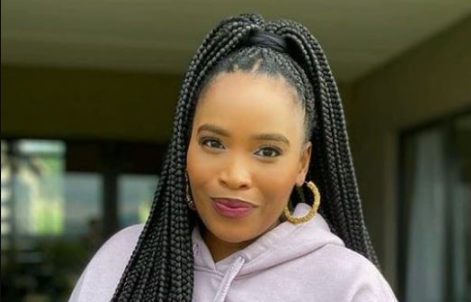 Nqobile’s star and creator Ayanda Borotho gave us some motivation for this Monday and to be honest, we are thankful because we definitely needed it.

Ayanda took to Instagram to share with us some words of wisdom. She said, “If you give up when it’s winter, you will miss the promise of your spring, the beauty of your autumn and the fulfillment of your summer. There is a time for everything under the sun. And a reason for every season.

“WHO you are doesn’t change because the world around you is falling apart. Stay rooted in every season. Don’t give up because of the last cold front. Spring is at your doorstep. #Rooted”

Last week, Ayanda rubbed people the wrong way when she made a comment about the Smeg appliances.

The former Isibaya star took to Instagram to flex about her book. She said, “Not all of us flex with Smeg appliances in the background of every kitchen pic🤣”

She said it baffles her all the time how people always flex with Smeg appliances on their pictures, she said it also reminds her of the time when people used to pose next to bushes and holding branches or leaves.

Ayanda revealed that she does not have Smeg appliances in her house because she wouldn’t pay that much for a kettle.

“You are very entitled to spend your money where you want)…BUT AS FOR ME…if I’m going to buy a kettle for that much, it had better make that tea and bring it to me on a try and take itself back to the kitchen🤣🤣🤣 What kind of water does it boil kanti????? 🤣🤣🤣”

“The world had better stop playing mind games with us. A whole toaster for R10k? Ungafa. Not in my name shem🤣🤣🤣Thina we pose with our own books. Read that again. Siyeka ukudlala oSmeg la.🙈” she added.

Some fans caught the heat, however, a few other celebrities and fans seemed to be agreeing with her.

Ayanda realized that her comments may have offended some fans, She then posted a video saying: “Me when the nation of kettles and toasters comes for me🤣🤣🤣🤣🤣🤣 It’s not that deep guys I promise🙈 Nceseni hle🙏🏾 Ay’khale! Yey! 🤦🏾‍♀️”

She continued to say that people’s comments had nothing to do with what she said.