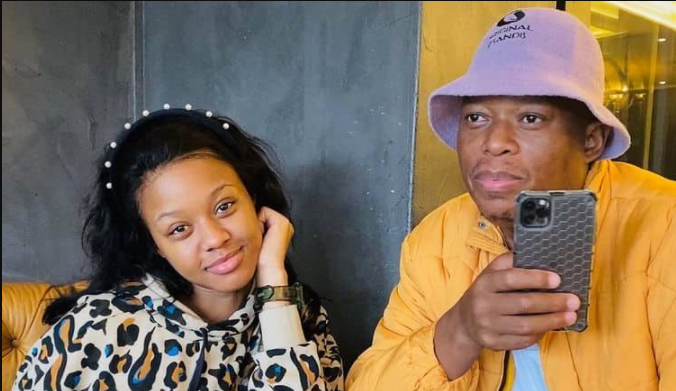 Gone are the days when Babes Wodumo would ever make headlines for something positive. Even when she tied the knot with hubby Mampintsha and they welcomed their baby boy into the world, they were marred with negativity. If not from the general public, it is from their mother Zama Gumede.

The couple’s fallout with Shimora’s mother and Babes’ mother-in-law started when they apparently never invited her to their wedding. That alone was deemed culturally wrong by Zama who said certain rituals had to be done from her side to grant her blessings.

Instead of taking aim at the couple alone, she went for Babes’ entire family and exposed their dirty laundry. The Gqom superstar hit back and threatened to sue Zama for defaming her and her family.

“Why are they [Showmax] being ruled by Babes? Who is Babes because she is desperate for marriage with a non-existent pregnancy. She must give birth already, and stop using sponges. I am waiting for my twins that she promised to give birth to,” she said in the viral video.

She even accused Babes of faking her pregnancy by using Sponge’s, that’s where the whole ‘Sponge Wodumo’ started. This was a way of mocking Zama who does not appreciate their disrespect.

Zama told Daily Sun that if they continue with mocking her by naming her grandson ‘Sponge’ they will be inviting a curse into their marriage. She referenced the bible which says kids should respect their elders but by them doing such, they are not showing any respect for Zama.

“The Bible says respect your father and your mother so that you will live longer. Clearly, they don’t know that verse in the Bible. They mustn’t make fun of me based on what I’ve said. These kids don’t know how life is. They are only living in a moment. It’s sad,” Zama told the paper.

Zama apparently did not even know when the baby was born she only heard from strangers that Babes gave birth to a boy. She does not even know the baby’s name. “The baby knows nothing. He’s innocent and it’s unfortunate that his parents are dragging him into this. What kind of parents are they? In fact, have they given the child a proper name?” she continued.

This comes after the couple teased that their son would be releasing a new track called Ibheshu featuring his parents and also cool kids merchandise. According to Sponge’s Instagram, fans can already place their others. “New coolest merch for the cooler kids of Umzansi for more information DM @sponge_wodumo #coolestmerch.” 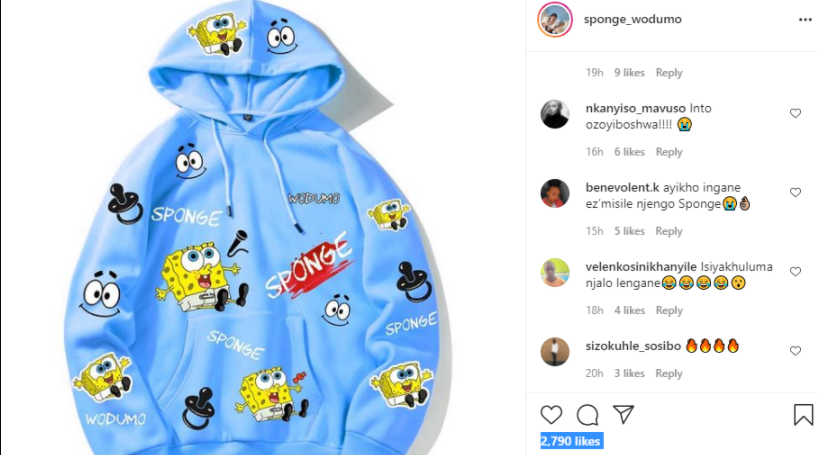 Babes gushed over her baby daddy in an IG post.

“If I were to start where we started off, I’d take the whole day. Mashimane we have had our challenges left right and center but we always win. All I can say is I wouldn’t ask for any partner beside you. You showed when a man commits to change kubanjalo the promise you have made. I sit and just stare at you in awe and marvel over God’s creation.

“People see how you are excited about uspontshi (our son), they don’t know how eagerly we waited for him. You are an amazing father who is 100% supportive and the love you give me shocks me every time. Happy birthday Zikode mnyeni wami 2021 has brought 2 blessings(marrying the love of my life and giving birth to our little boy,” she wrote on Instagram.

Thembisa’s Family Issue A Statement Regarding Her Health