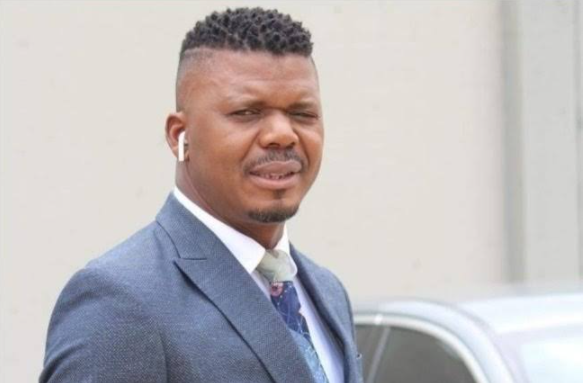 “The easiest way to number your haters, just show off your brand new wheel. Come now I am ready.” he captioned the pictures of his luxurious car. 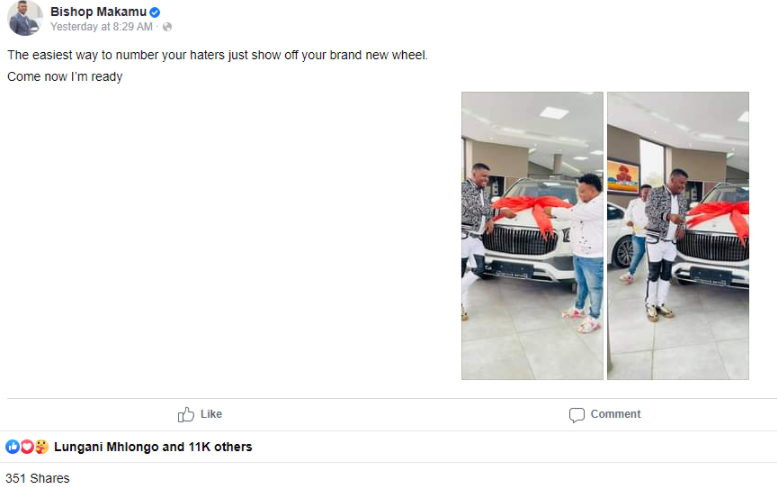 Fans took to the comments section to congratulate the Bishop. However, several others were not impressed with his caption.

KingDavid said; “Show off is for the heathen. The righteous only “show as in reveal. Beautiful machine though.”

Mpho responded: “There is no need to show off or spiting your haters, but what you doing is uncalled for and claiming you are a man of God but you don’t walk a talk Bisho Makamu. As a man of God, you need to forgive and forget, but u busy claiming by the material things the whole man of God?”

Bishop Makamu was recently reinstated at Moja Love after the NPA dropped charges against him.

“After careful consideration of all evidence and the mediation process between the complainant and Makamu, the NPA is convinced that the interest of justice dictates that prosecution no longer be pursued,

“The decision stems from a consultation process that we had with the complainant, wherein she also informed us that there was a mediation process between herself and Bishop Makamu,” NPA spokesperson Phindi Mjonondwane reportedly stated.

Moja Love then later announced that the channel is ready to welcome the defamed bishop back.

TshisaLive quoted the Head of Moja Channels, Bokani Moyo saying: “After careful consideration and evaluation, the channel decided to reinstate Bishop Makamu to continue hosting Rea Tsotella. This follows a mediation, which was led by a professional, between the parties involved where they reconciled and agreed on a way forward. Bishop Makamu is great at his job and our audiences love him.”

Bishop had voluntarily step down as a presenter of Rea Tsotella, the channel shared a statement that read: “Moja Love has accepted Bishop Makamu’s decision to voluntarily step down from the channel pending an internal investigation after a recording with sexual connotations has been circulating on social media. On consultation with the channel, Bishop Makamu maintains that he is innocent and says that the recording dates back to 2017.”

The channel said that it will do more investigations before welcoming him back.

“As a channel, we will be conducting internal investigations regarding the matter before Bishop Makamu is reinstated back to the channel…We take this recording very seriously…and are reaching out to the lady in the recording to find out the events around the recording.

“On one of our shows, AmaBishop reveals behind the scenes shenanigans that pastors and bishops engage in and impose on the public. We cannot ignore a recording of this nature where one of our hosts is implicated. We have to establish the facts and truth before Makamu comes back as part of the team.”

Bishop I Makamu voluntarily steps down from Moja LOVE. pic.twitter.com/40bHwBbWha