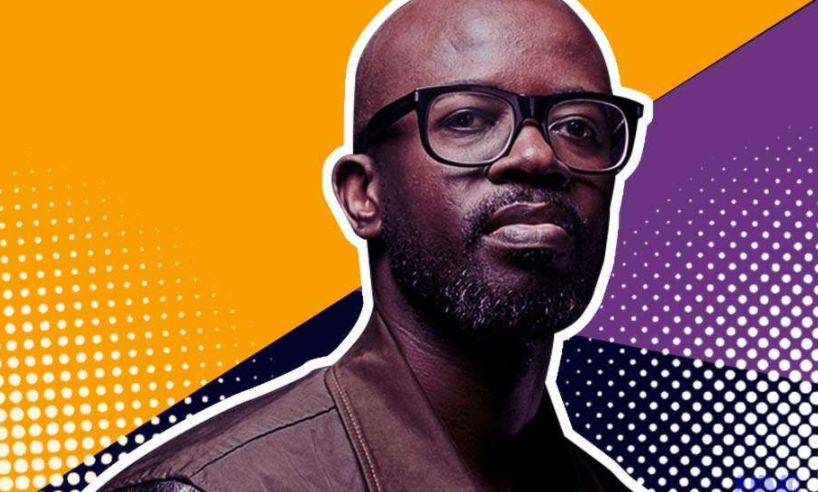 Nkosinathi Innocent Maphumulo is a DJ and record producer who has won numerous awards. He has a strong claim to the title of Africa’s biggest DJ.

Despite the fact that he has been in the music industry since 1995, his career took off in 2003 when he joined the Red Bull Music Academy and became known for his deep, soulful house music compilations.

He is not cheap because he is one of the world’s most recognized DJs who has built a reputation for himself. DJ Black Coffee strives to maintain a specific level throughout his career, from hosting local shows to traveling to destinations like Milan. HE’S EXTREMELY PRICED.

While on tour in Greece, a Twitter exchange between him and Alexandra Cane, a former “Love Island” competitor, fuelled rumors that the two were dating.

Alexander allegedly tweeted a photo of herself and named the DJ in the description.

Were they dating or simply hanging out?, whether or not they are dating is still unclear.

Black Coffee, the internationally known DJ, made news once again, but this time it wasn’t because of his acrimonious divorce from his ex-wife Enhle Maphumulo or because he was on his way to a show.

According to City Press, the DJ was taken to court by the South African Revenue Services (SARS) over an excessive amount of money he owes the taxman.

According to the newspaper, Black Coffee owes SARS R40 million in back taxes, but he negotiated a payment of R8 million after making a declaration about his current financial situation and incapacity to pay the R40 million assessment.

To pay off his debt, the DJ plans to sell some of his homes.

Black Coffee, like many other South Africans, was fed up with men killing women and girls for no apparent reason. As a result, the DJ decided to organize a march to bring attention to the horrors.

Many individuals applauded the DJ’s actions, although it appears that not everyone was in accord.

After the poor response to his organized march from the general public, Black Coffee was discouraged.

Black Coffee’s campaign was overshadowed by his tumultuous public divorce from Enhle Mbali, with both women and men accusing him of abusing his ex-wife.

Bonnie, a lady who claimed to have been abused by a member of Black Coffee’s camp and claims that the DJ knew about it and did nothing, was also present.

As a result, many people began to label him as an enabler.

Black Coffee was chastised for performing in Tel Aviv, which was one of his many cheating scandals. He shot his set in early 2018 and some were upset when he declared ‘he loved it,’ despite the fact that his performance took place in a country with repressive laws and killings. Black Coffee just dismissed the accusations, claiming that he is an independent man who is not linked with any political party.

When a video of Black Coffee slapping AKA’s road manager Tshiamo Letswene at the IRock Festival in 2016 surfaced, it sparked outrage on Twitter. Despite the fact that Black Coffee said there was no initial rivalry between him and AKA, a year later, a showdown was planned at Kong nightclub.

As if that wasn’t enough, @mimi buthelezi, an Instagram user, uploaded an eye-catching post on her profile in which she revealed a clip of what happened in her DMs with DJ Black Coffee.

Media Girl Chronicles, a popular entertainment website, is credited with the tea, according to ZAlebs.
All of this came to light when it was revealed that DJ Black Coffee had a side chick, who he had paid to keep quiet about their affair.

Other serious claims were leveled against the accomplished Black Coffee, including the fact that he fathered two babies under the age of a year while still married to Enhle Mbali.

DJ Black Coffee’s marriage to Enhle Maphumulo came to a split in 2019, something many did not expect. The DJ asked the public at the time whether he and his family could have the privacy they deserved. Now, the DJ is finally speaking out about his post-divorce life.

In an interview with Scoop Makhathini on Instagram Live, the DJ told an amazing story about how much he enjoys being a father to his son. He thought he had failed when he divorced Enhle, despite the fact that he had always been a winner.

The DJ is taking some time to reflect on what transpired and acknowledge his role in his marriage’s demise.

He’s made a name for himself, and he’s now one of the most well-known DJs not only locally and regionally, but also internationally.

Let’s start with the wedding that rocked the world and cemented its place in history. Somizi just disclosed how much they couldn’t afford to have DJ Black Coffee play at their white wedding after he performed at #Somhale’s Union.

“Then Black Coffee happened…best surprise ever. To get Black Coffee is a dream come true for us. We love him. He was part of our dream list, but hey, $100k… we don’t have it,” he said.

So, if you want the DJ to perform at your wedding, make sure you have enough money in your pocket.

The DJ has sent out a powerful message to the universe: he and his industry buddy, Euphonik, are planning to make a billion dollars this decade.

The rewards of his labor have already included strong investments, private jet travel, and the ownership of homes all over the world, and now it appears that Black Coffee is getting ready to enter the billion rand lane.

Perhaps this helps to explain why the DJ is so expensive.

Black Coffee, 44, was born in Umlazi, Durban, on March 11, 1976. After his parents divorced, he relocated to Umtata in the Eastern Cape when he was 12 years old.

His uncle’s reggae collection influenced him as a child. After being ran down by a taxi at the age of 14, he lost the use of his left arm in a terrible series of circumstances. This was thought to be a politically motivated attack at a protest commemorating Nelson Mandela’s release.

In the country, black coffee has been particularly active in the fight against coronavirus. He has devoted his weekends to raising money for a solidarity fund set up to fight the virus.

The DJ stated through a promotional poster for his Home Brewed sessions that he will team up with TV personality Mrs. Jones and Jaguar South Africa to raise funds to battle the pandemic. The money will go to the Red Cross of South Africa’s COVID-19 #FeedingSATogether program.

The DJ joins other ZAlebs such as Nomzamo Mbatha, Minnie, Bonang, Somizi, and Mohale in assisting others who are less fortunate during these trying times.

In 2019, Black Coffee stated that he would like to return to school to complete his degree in interior design.

After three months of courtship, Black Coffee and Mbali Enhle Mlotshwa were engaged in 2010. A year later, the pair married in a conventional ceremony. In 2017, they married in a lavish white wedding, and Enhle received praise for wearing her wedding gown to a red-carpet event.
Their marriage was marred by scandal, with Mbali urging women to keep away from her husband’s DMs when a lover was revealed in 2013.

Black Coffee was rumored to be dating David Guetta’s ex-wife Cathy Guetta earlier this year, but he promptly denied the reports. Following the rumors, Enhle shared an Instagram video showing her and Cathy enjoying fun together.

By late 2019, Enhle had requested privacy after the pair had chosen to split. The pair has two sons together and has traveled the world together. With his ex-wife, Black Coffee has two children.

Enhle, at some point after their divorce, stated that she helped Black Coffee get to the top.

In recent years, Black Coffee’s music career took off, with some of his most popular songs including the version of legendary South African singer Hugh Masekela’s smash song Stimela, Izizwe with Busi Mhlongo, and Superman featuring Bucie.

We Dance Again, a song from his Home Brewed album, features Nakhane Toure, a South African legend in the making. This well-known tune even had its own dancing competition.

Black Coffee’s second album, Have Another One, was released in 2007 and included a remix of Victor Ntoni’s Wathula Nje, which was also released in Europe. It also included Culoe De Song, a 17-year-old who was contracted to Black Coffee’s record label, Soulistic Music. Along with Osunlade, Little Louie Vega, and Charles Webster, he performed in the Red Bull Music Academy Lounge at the Sonar Festival in Barcelona.

Black Coffee has collaborated with some of the most well-known musicians in the world, including David Guetta on the song Drive, which was nominated for a South African Music Award for Record of the Year. Usher Raymond, an American R&B and pop singer, is featured in Black Coffee’s 2019 single Lalala.

A year later, he premiered Africa Rising with a live band and 24-piece orchestra in front of an audience of 8,000 people, which was filmed on the Africa Rising DVD.

In less than a month in 2012, the Africa Rising DVD and triple-CD reached double platinum. From then, he went on to play at other music festivals all over the world, and his name was on everyone’s lips. Pieces of Me was published by Black Coffee in 2015. On the track Get It Together, he collaborated with Drake. He released the EP Music is King towards the end of 2018.

Black Coffee Is A Record Holder

When Black Coffee performed a music set for an astonishing 60 hours, he set a Guinness World Record for the longest ever DJ set. Non-stop! This happened in 2010 in the Maponya Mall in Soweto.

The value of Black Coffee is estimated to be $60 million. He has a Mercedes-Benz G-Wagon, a Mercedes CLK, and a Maserati, among other luxurious and flamboyant vehicles. He loves flying on private jets.

Black Coffee has a home in Los Angeles and a residence in Johannesburg with his family.

Pearl Modiadie Biography: From Dieting As A Teenager, To Rocking Our Screens