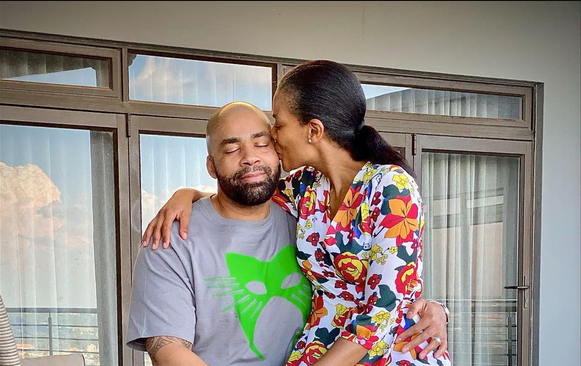 CAPE TOWN – Connie Ferguson penned an emotional tribute to her late husband and soulmate Shona on their 20th anniversary, sharing that he had her heart from the day they met.

“Oh, how God has loved me to give me YOU! We were already planning our 20th wedding anniversary in November, assuming that we had time,” she wrote on social media.

“You and I were joined at the hip. Now I feel completely off-balance, incomplete, without my other half! My SOULMATE!”

According to a spokesperson for Ferguson Films, Shona passed away from Covid-19-related complications at noon on July 30.

Social media has since been flooded with tributes from industry colleagues, friends and fans.

In her heartfelt and emotional tribute to Shona on Saturday, Connie said they met 20 years ago on July 31, 2001.

She described it as the day God brought Shona into her life, saying as a couple they had not looked back since.

“Ours is a once in a lifetime kind of love. We joked about how we were going to be in our old age. How we would take turns supporting each other and being strong for each other. The irony is we have already been doing that for the past 20 years,” she wrote.

“I’m struggling to process everything that’s going on! It all just feels like a horrible nightmare that I can’t wake up from! I feel like I’m living in a twilight zone! I keep asking God WHY? Why Lord? Please help me understand! I trust you!”

She said she trusted the Lord to see her and her family through losing Shona, asking for the strength to carry on and to continue in their “hero’s legacy”.

The power couple owned Ferguson Films, the production company they launched in 2010.

The production house has brought critically acclaimed offerings such as “The Queen”, “The Throne”, “Igazi”, “Rockvillle”, “The Impostor”, “The Gift”, “Unmarried” and “Kings of Joburg” to our screens.

Shona has a daughter, Alicia Angel, with his wife, as well as a stepdaughter Lesedi and a step-grandson Ronewa.

Connie said Shona would live in their hearts and would never be forgotten.

“SHO, my ANGEL, my LOVE, my SKAT, my LAAITIE. We share a once in a lifetime kind of love, a love like no other that surpasses all understanding! A love that outlives even death! You and I WILL meet again when God decides it’s time,” she wrote.

“In the meantime, you live on in our hearts. You’ve owned my heart from the day we met 20 years ago today, and there you will live until we meet again! Rest now angel,” the post continued.

“As we contemplate our tomorrow, let your body rest and your spirit soar. You are reunited with the Lord, your first LOVE! I miss you, I love you, and I will never forget you! MY ANGEL!”