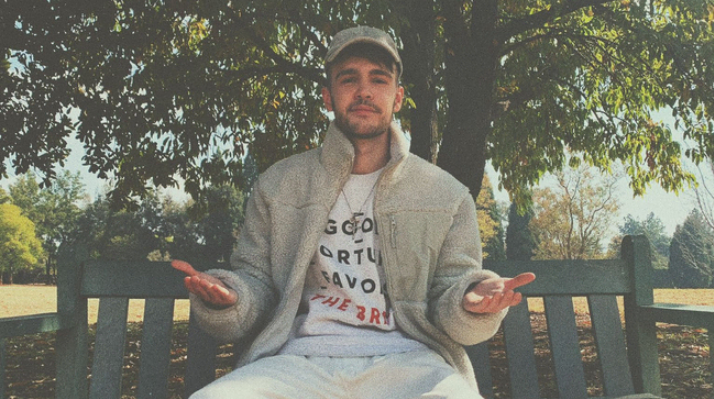 His teenage years belie his music credentials, having been musical all his life.

He picked up a guitar at the age of 4 and began learning songs by ear.

Fourteen years later he adds piano, ukulele and bass to the mix.

Josh wrote his first song at the age of 8 and already had multiple single releases under his belt, all receiving critical acclaim and radio rotation on popular local stations.
These releases include “Falling Apart” (2018, when he was just 15), “Ablaze” (2019) and more recently, the first single from the “Homegrown” EP.

“Nike Airs” talks about having anxiety during lockdown.

When South Africa was placed under lockdown in 2020, Josh was in matric, and he decided to give himself a new challenge: to put out music that was “100% Josh”.

Josh has a knack for storytelling and his debut EP reflects that.

“’Homegrown’ crept up on me quietly. I had made portions of songs that weren’t much on their own, but once I listened through all of them, it hit me.

“This could be my debut EP if I put in a bit more work. And so, at the height of lockdown, I worked for the entirety of April and May last year to get all these songs finished,” he said.

“After a difficult matric year, I began to learn how to mix and master, only fully completing ’Homegrown’ in June this year.

“Although that seems like a long time to complete an EP of only seven songs, I aimed for as much perfection as my bedroom studio could give me.”

Josh took inspiration from Jeremy Zucker and Jon Bellion for the 7-track EP, using their “genius and storytelling techniques” to add to his own creations so he could “create an art piece rather than a meaningless combination of sounds”.

“Homegrown” is available on digital platforms.