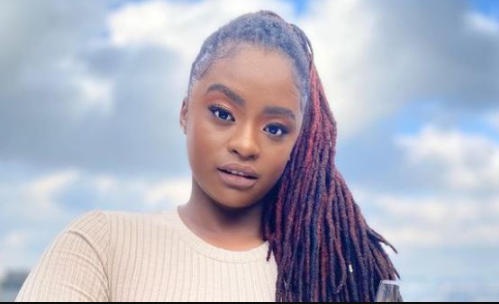 It seems Samkelo Ndlovu is in trouble with a DJ that may have been helping her as she embarks on her music career.

The DJ who goes by @Lesedithedj on Twitter has come out guns blazzing after Samkelo Ndlovu failed to pay what is due to him for a gig they did together.

Lesedi said, “@SamkeloNdlovu PLEASE PAY ME. The venue paid out and she used the money without telling me and now she’s avoiding my texts and calls. PLEASE SETTLE THE 12k you owe me!”

Lesedi also posted screenshots of him repeatedly asking for his money from Samkelo and her promising to pay him. She also seems to be ignoring him as some point which may have frustrated Lesedi over time. These are the screenshots: 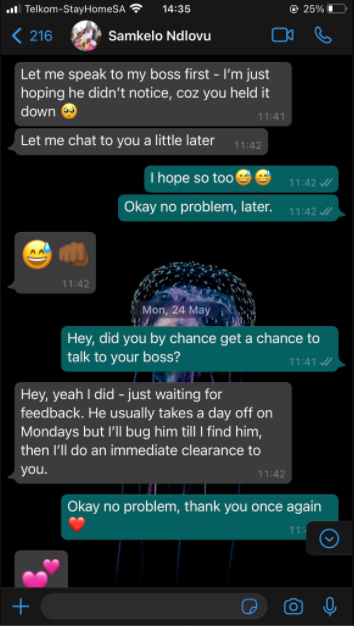 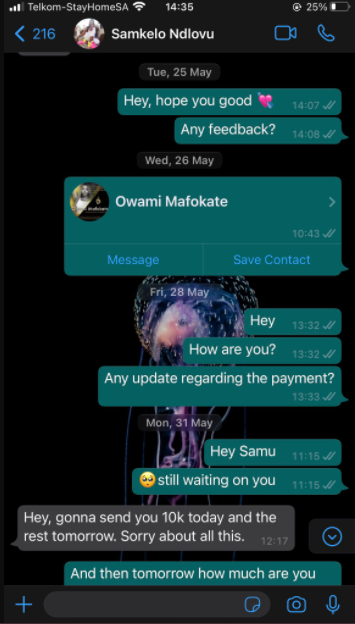 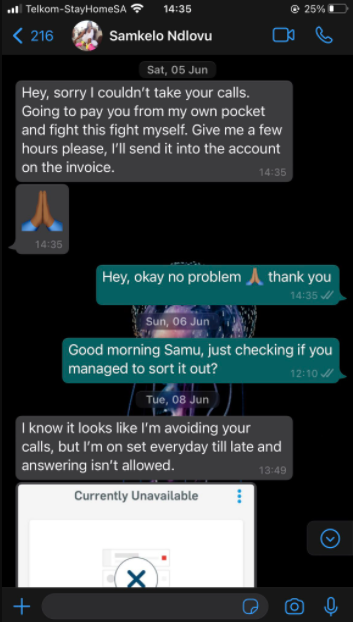 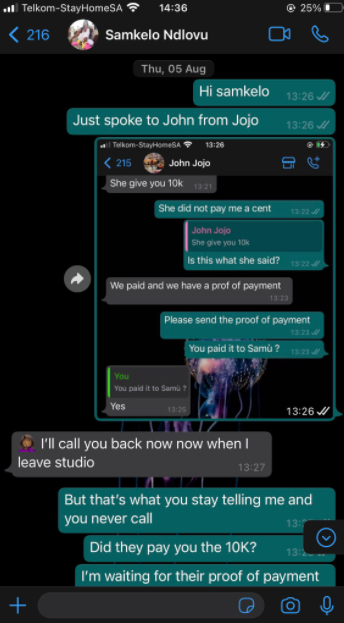 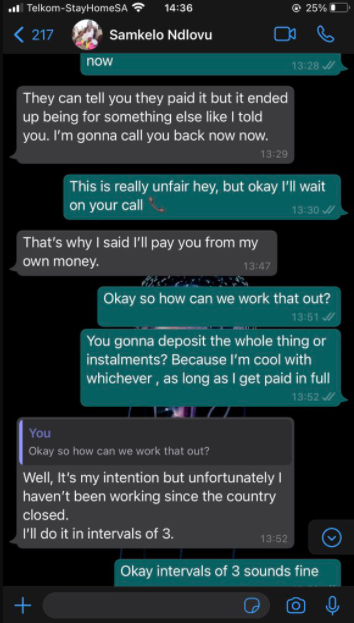 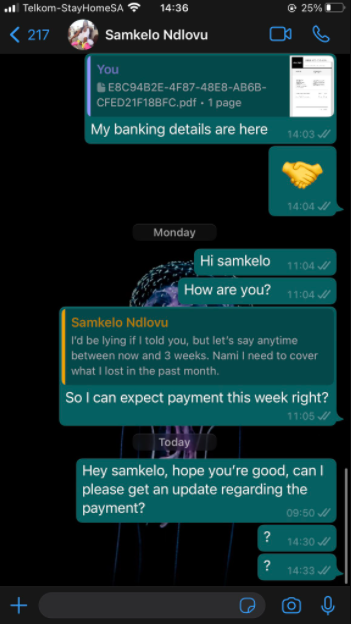 Tweeps have come to Lesedi’s defence and said that he has been very patient with her to not lose it even after three months of empty promises. These were some of the reactions:

“@SamkeloNdlovu’s excuses for not paying or at least telling the truth are dissapointing. You need to pay back @Lesedithedj. This gent has been patient with you”

“Nah man you’re too understanding. She must pay you”

“Damn, why do ppl always do this. Now your reputation is on the line. Watch how quickly she pays”

Lesedi has however added that Samkelo said she will pay him next week,” If not then I’m going after her with everything I’ve got. I want what’s mine!”