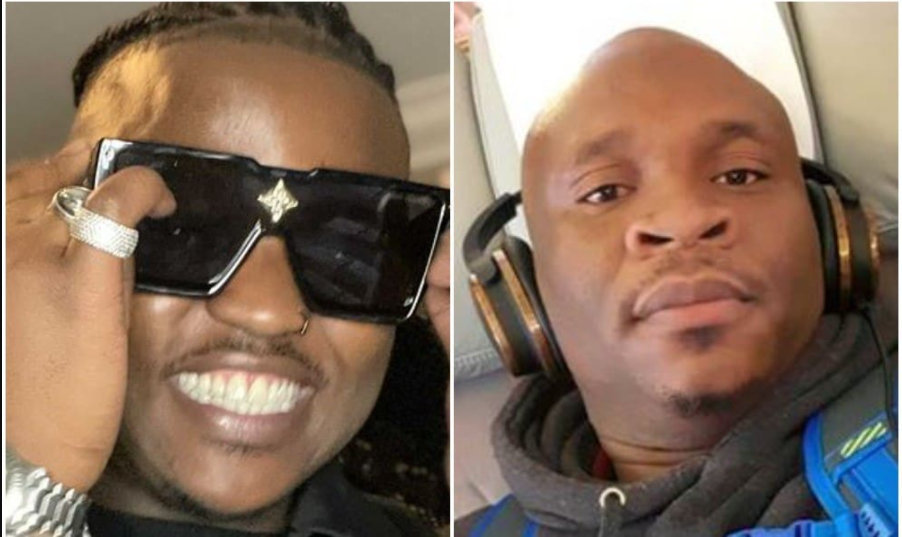 Dr. Malinga has caused a stir on social media when he outed Focalistic for having a stinking attitude, that is apparently as ugly as his face. The musician, took aim at the Amapiano superstar and left everyone confused.

“Focalistic your attitude is ugly like your face,” he trolled Focalistic, leaving everyone shook, and wondering what might have irked Malinga this much.

FOCALISTIC YOUR ATTITUDE IS UGLY LIKE YOUR FACE 😡
THANKS BYE.

Pitori Maradona has managed to keep a clean profile on social media as he has stated before that he does not want to get into any beefs with anybody. He just wants his fans to know him for his music and focus solely on that.

A few months back he had hinted at wanting to give up Twitter because of it’s vile nature. He was not the first celebrity to mention this and probably will not be the last.

The negativity does not only stem from trolls, but Focalistic reckons the media also has some sort of influence as every time he does interviews, his words get taken out of context and he gets misquoted.

“I have stopped doing interviews because everything gets taken out of context and people enjoy making jokes more than making sense these days…If you want to hear what I think…wait for SGHUBU SES EXCELLENT 2,” he said.

“I came here for the music & nothing else…I never wanted to be famous. This thing of people asking me questions and changing my response is new to me… I never knew how to react, so the best way is to never speak! ENJOY THE MUSIC.”

Focalistic says Cassper spoke to him about this, advising him that he should always clap back but he says he cannot do that.

“It’s funny how myself and Cass had this conversation 2 months ago… I told him I can not clap back, I wish I could… people always try make me fight him on here. I have NO BEEF .I HAVE NO GIRLFRIEND. I HAVE NO GENRE! We just make a lot of money as 18 area and tour LEFATSHE.”

So what could Focalistic have done that angered Malinga this way? Maphorisa was also on his radar as he said he wants to meet with him and apologise.

My dream is to meet DJ MAPHORISA so you can shoot me with (GUNS) as he promised or apologize,coz i don't know what I've done now🙏
Thanks bye

Madumane was also fuming and spiting fire yesterday during his Facebook rant.

He called out Rap Lyfe’s former producer and recording artist Makwa for continuously talking about him and tainting his name, by calling him a thief. A livid Maphorisa clapped back and said, “Makwa shut da f**k up. Your whole career was made after you copied my wave from Ngud’ by Kwesta and you created Spirit and etc…Fix yourself and fu**en work hard for your s**t. Lazy boys all you do is just copy and paste. START YOUR OWN SH*T YOU disgusting. I hope you stopped drinking lean mxm I’m disappointed,” he lashed out.

According to Maphorisa, Makwa had nothing and even slept on his couch but he turns around and does this to him. He warned people to not step on his toes, “Make peace with me or I will forever distract you with my success. You can’t hate the winning team, learn from me it’s easy.”