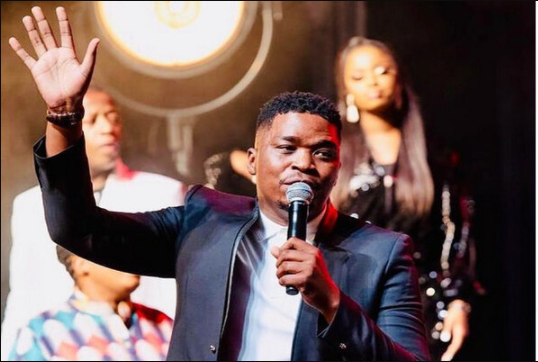 Most doctors are known for their bad handwriting, but Dr Tumi is known for his amazing voice.

The Limpopo singer has won many awards and sold scores of records.

Despite his overwhelming success, Dr Tumi’s life has not been without struggle

Here’s a look at how a singing doctor became a superstar.

Dr Tumi was born on July 10, 1981. He is 40 years old. Dr Tumi revealed in an interview that he never celebrates his birthday. He hosted a charity concert for his 37th birthday in 2017. He gave away 400 free tickets to the show to his fans in exchange for them doing something good for someone less fortunate.

We are blessed to be a blessing, not to just drive fancy cars. I never celebrate my birthday, so I thought if I am going to do it I will have people come celebrate and it is going to be for a good cause,” he told the City press.

Dr Tumi also asked people to make donations to a charity instead of giving him gifts.

Dr Tumi’s real name is Tumisang Makweya. His father was a preacher at Assemblies of God. He passed away in December 2020. Dr Tumi’s mother was a teacher. He says that his parents raised him in a godly way and he discovered he had a singing talent while in Sunday School. Tumi taught himself to play the keyboard and he is currently a man of many talents, including producer, songwriter, instrumentalist, and vocalist.

Unlike rapper Dr Dre, Tumi is a real doctor. He studied medicine at the Medical University of Southern Africa (Mendusa) for six years. Dr Tumi started his own medical practice after completing his studies but soon learned that being a doctor does not automatically make you rich. Dr Tumi said in a 2017 interview with Metro FM that he was “proper boke”.

“When you get into a medical practice, you get excited, you think that you are going to be wealthy but then you realise that this thing is not as profitable as I thought and you have committed yourself to so much debt that it is a mission to get out of. Some of the debt I only recently got out of,” he said.

Dr Tumi tried balancing his new life as a doctor with his fledgling music career but decided something had to give. He went into music full time after discovering it was his true purpose. His love for music started at a young age. His father, who is a pastor, bought him his very first keyboard when he was nine. He learned to play the instrument himself and started performing at his father’s church.

The singer made an appearance on singing competition, Coca-Cola Popstars, in 2003. He made it to the Top 20, which is no small feat considering that over 16 000 people applied to take part in the competition. A few years later, Dr Tumi became a member of award-winning gospel group, Intense. He decided to go solo and the rest is history.

Dr Tumi has released dozens of songs since he burst onto the music scene 2003. Some of his biggest hits include No Other God, Wafika, All of Me and Because of Jesus. He is a multi-platinum selling artist. His album, Love and Grace, is certified double platinum. The musician’s Heart of a King and Speak a Word albums were also commercial hits.

Here’s a list of some of Dr Tumi’s hit songs:

Dr Tumi Fills Up the Dome

Dr Tumi became the first gospel artist to fill up the Ticketpro Dome in Johannesburg. The venue has a seating capacity of 20 000. His Gathering of Worshippers concert at the Dome was a huge success, but Dr Tumi said he had even bigger dreams.

“Filling up the dome is like filling another venue… It’s just about, do you believe it can really be done and if you do you will do it, I want to do bigger. I want to do more, just so I can encourage somebody that you don’t have to limit yourself,” he told eNCA.

Morning fam. Last Sunday thousands filled the Dome and we lifted up the name of Jesus. #GOW2017 Where you there? How was the experience? pic.twitter.com/fKkHgMbUeE

Dr Tumi has been nominated for scores of awards over the past decade. He has received nominations at the Metro FM Awards, the Crown Gospel Music Awards, the South African Music Awards (SAMAs) and many more.

Dr Tumi has also won many awards. He won five awards at the 2016 Crown Music Awards, including “Song of the Year” for Nothing Without You. His Love & Grace album produced a handful of hits and helped him win 13 awards in one year. His album Heart of a King won the 2012 SABC Crown Gospel Music Awards for Best RnB Gospel.

Dr Tumi married Kgaogelo Makweya in a beautiful wedding ceremony in 2008. Kgaogelo plays an important role in her husband’s music career. She is his manager and also owns her own marketing company, Ekse Hello. Dr Tumi says Kgaogelo is involved in every process.

“She’s been involved in the whole process. She’s the first person I bother with anything. I tell her, and if she says: ‘I think it can be done,’ I have more peace than anywhere else because I’m gonna have to deal with her throughout the process,” he said during an interview on SABC 3’s Real Talk in 2017.

Dr Tumi and his wife have three children together – Onalerona, Bokamoso, and Khumoetlile. He is very private when it comes to his family. Dr Tumi rarely shares pictures of his children on social media, preferring to keep his accounts about his music. His children have, however, appeared in a few magazine photoshoots. His wife has also shared some pictures of their family on her Instagram page. 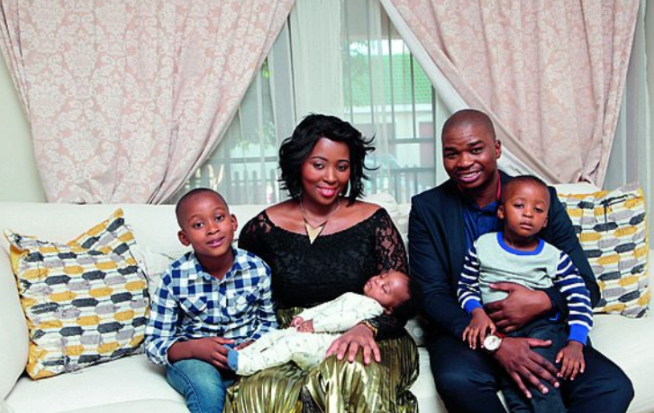 Dr Tumi Wife and Kids in a past picture (Source: Instagram)

The country just got a bit wary against this virus that is claiming a lot of lives and spreading rapidly like a wild fire. Because of this, the health system of the country might be overwhelmed with patients that need to be attended to. Whilst all this is happening there might be a need to ramp up the staff at each of the health facilities in the country.

Dr Tumi has taken to Twitter to announce that he is willing to assist in the fight against the infection. He will be volunteering his time working at one of the local hospitals at their COVID-19 units during the 21 days lockdown, for free.

Our #MCM (Men Carrying the Ministry) this week goes to @DrTumisang who exchanged his mic🎤for a stethoscope🩺to help battle the #Coronavirus pandemic plaguing our country.

His efforts were highly appreciated by fans right across the country and by some celebs too.

Despite Dr Tumi’s success in the music industry, he will never forsake his duties as a medical doctor. As the country goes on #lockdown there’s a lot of panic going around with the rise of the #Coronavirus cases in the country on the rise.

Gospel artist Dr. Tumi reflects on how covid 19 pandemic impacted the lives of many including himself as he just laid his father, Pastor MD Makwey to rest.

Dr Tumi made headlines in July 2019 when he claimed he said no to the illuminati after being asked to join the society for R13 million. The musician claimed in a Facebook post that members of the group approached him because of his influence in the music industry.

“So early today they tried to recruit me to join an Illuminati society. Got told I have been noticed and would be of value. Got promised $1mil a month and great fame and influence across the globe. But we are not the type you can buy with money. wont leave Jesus for fame or fortunes. I am Already bought with the highest price when Christ gave his life for me. And it is God who will cause my name to be great. Not a society. Interesting days,” he wrote.

In April 2021, Dr Tumi and his wife were charged with fraud. The couple turned themselves in at Hawks office in Johannesburg after the charges were announced. According to the Hawks, the couple submitted falsified grand application documents to the National Lotteries Board. 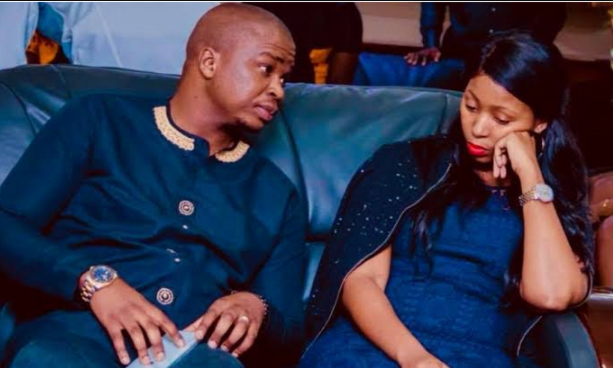 In September, the Specialised Commercial Crimes dropped the charges against Dr Tumi and his wife after carrying out investigations and finding out that the couple had no case to answer.

All charges against the Gospel superstar artist and his wife have been dropped.

The couple were accused of defrauding the National Lottery Commission of over R1.5-million