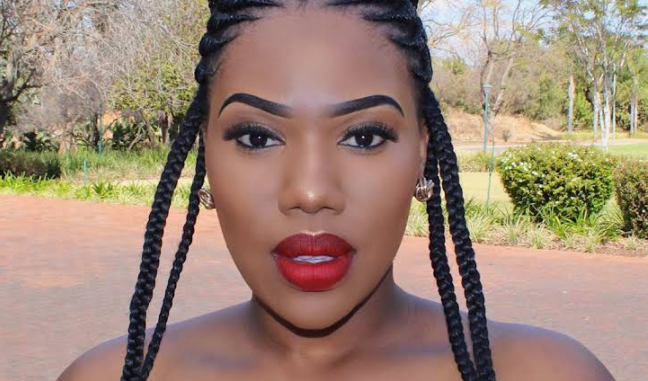 The actress has not shared the news with her fans on her social media platforms. However, she confirmed the news to Daily Sun and also asked for space to mourn.

“I ask you nicely to give me some privacy as we are mourning and preparing a great send-off for my beautiful and wonderful mother,” the publication quoted Gugu.

“… a safe space for our mental health and overall well-being. This job takes so much from you, and not a lot of people speak about that,” she tweeted.

@noniijanae said she is also struggling, “Reason why I took a break. I want to get back into it but I don’t even know where to start now. Perhaps when I finally get my own home I’ll be able to get back into things set it up how I like and be comfortable.”

Eve Bodirwa responded: “Literally had to make my vlogs private because I got so much anxiety letting people into my personal space……and I was just starting.”

This is very profound and must be taken seriously, multiple studies have found a strong link between heavy social media use and an increased risk for depression, anxiety, loneliness, self-harm, and even suicidal thoughts.

Mihlali’s job may be stressful, but it seems like sis is making some serious money and fulfilling her dreams.

She recently tweeted: “Konje I once attended YouTube black in Atlanta and met some of my faves, can’t say we didn’t live life .”

Mihlali also previously shared that she spent a big amount on a small LV bag. She revealed this on Lasizwe’s Drink Or Tell The Truth show a few days ago.

In Case You Missed It, Mihlali also opened up about her relationship with one of the Major League twins and addressed rumors that she stole someone’s man.

Responding to accusations that she stole someone’s man she said: “Last time I checked man are human beings who are grown, who can make their own decisions. He is not a sack of potatoes, I have never stolen a man, I don’t know how to steal and that’s my answer.”

Lasizwe also asked the Mihlali: “Did you date the Major League twins and if so between Bandile and Banele who was it?” Read More Mihlali Reveals How Much She Paid For A Bag