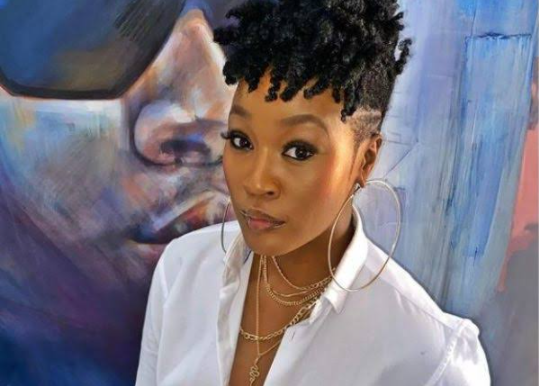 Radio and TV personality DJ Lamiez Holworthy recently expressed her frustrations on Twitter. The Live AMP presenter said her plan to build a home is being delayed, and this is frustrating her.

Lamiez has always been open about the challenges that she has faced in her attempt to finally fulfill her dream of building a home for the less fortunate.

She said now the municipality is sending her from pillar to post regarding the approval of her orphanage.

“It’s been months n I have a deadline ya Christmas and 30 kids who need that home. I hate it here!” she shared on Twitter,

The TV star said she sometimes even think of going ahead and building without approval.

“It would be so much easier to go ahead and build without permission(like everyone else in that area does) but I stand to lose so much more.”

She said the people in charge are telling her about “rezoning.” She also added that they always give her a different story each time.

“Town planner then suggested we change the plans and made it smaller to submit to the necessary departments. Months later and a new story every other day.”

Last year Lamiez spoke about her dream of building an orphanage. She said she saw it in her dreams and God showed her where and she had to listen.

“Some would call it crazy to take on such a task in such a dark time where many of us aren’t earning what we used to,” she tweeted.

In May this year, she took to her socials again to ask for help. Lamiez said she urgently needed a donation of 20 bunk beds or at least someone who could sell them to her at a discounted rate.

She added: “Sometimes I feel like I bit off way more than I can chew regarding my orphanage and then I remember that this is bigger than me. Modimo le Badimo Baka always make a way.”

Lamiez also previously told Daily Sun that giving for her is very important because that is how she communicates with her ancestors.

“I give not because I have a lot, but because I know what it’s like not to have. For me, giving back is my way of communicating with God and my ancestors. When God blessed me with a beautiful home, I knew it was time for me to bless the less fortunate with one. ”

It would be so much easier to go ahead and build without permission(like everyone else in that area does) but I stand to lose so much more.

“Marriage Is Not Easy” – Minnie Dlamini