Is This Somizi’s New Man?

Is This Somizi’s New Man? 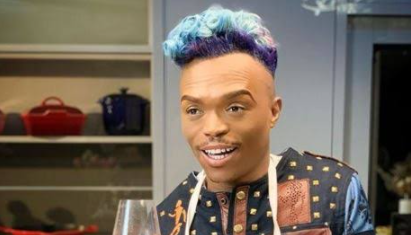 Fans are convinced that TV and radio personality Somizi Mhlongo has moved on and found a new man.

Somizi shared a picture of himself and singer and songwriter Snethemba Magubane on Instagram. 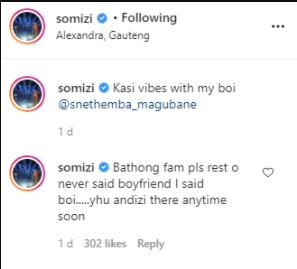 Somizi was enjoying “Kasi vibes” with his friend in Alexandra earlier this week, he also welcomed his fans back into his comments section.

His comments had been turned off since last month after his estranged husband Mohale Motaung’s audio got leaked.

In the audio, Mohale made shocking abuse allegations against Somizi. He revealed that Somizi started abusing him a few weeks into their relationship.

In case you missed it, In one incident, he alleges that Somizi threatened to kill them both after he(Mohale) spent a night at a friend’s place.

Somizi has denied the allegations. In a statement that he released a few weeks ago, he said, “Never in my wildest dreams did I think that one day I would have to defend my honor as a result of someone I have loved so deeply and so genuinely deliberately harming a reputation I’ve worked so hard to build. For the most parts of my life, I’ve kept my relationships out of the public eye until my one and only marriage which you witnessed on television and other social media

“It took me this long to arrive at a stage where I could make the conscious decision to share my life traditionally and lawfully with someone and that should explain the level of depth of my love for that person and commitment to that person. It is incredibly painful that what I thought would be a beautiful new normal for the rest of my life with the love of my life, is no longer what will happen,” Somizi said in a statement.

Somizi Gets A Bouquet With 12K