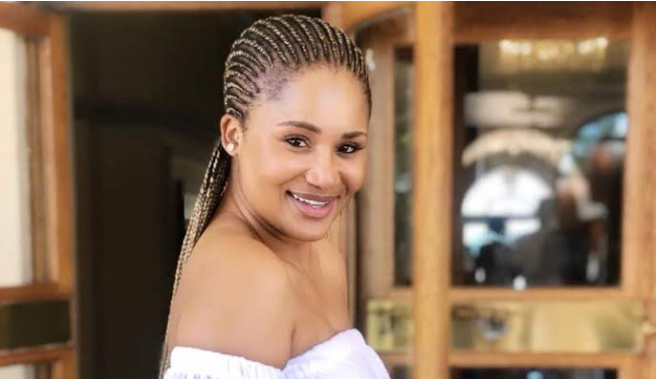 Actress Keke Mphuthi has recently taken to Instagram to open up about her weight loss journey.

Keke penned a lengthy letter to her body thanking it for trusting her. She said she fell into postpartum depression after giving birth to her son.

“Dear body It’s me your loyal and trusted friend…we have been through so much the past 30 years however the last two were very trying for us. After giving birth to the most amazingly beautiful little boy we fell into Postpartum Depression and really I didn’t know where to start.”

She said a lot of things made her recovery journey difficult but her body fought.

“We were our heaviest, most scared n bumpiest we’d ever been. We did all kinds of things to get back into what we knew n loved but it was difficult to keep going especially cause I wasn’t healed psychologically…

“Thank you for trusting me with all the other trials n failed attempts but look at us now …Thriving BABY GIRL!!! We still in this together and we are definitely growing stronger too. Our c-section, epidural side effects n mental state of mind tried to make this road seem impossible but we persevered to get the HELP we needed. Just know that I love you so much n I’ll never give up on you,” she wrote.

Keke recently announced that she has scored herself a new gig, The gig comes two years after she was fired by The Fergusons.

Taking to Instagram to share the great news, She wrote: “Dear God it’s all coming together NICELY!!!! after 2 years of failed attempts, emotional, psychological, physical trauma I FOUND MYSELF AGAIN,” she shared.

“But this time THEY NEVER SAW ME COMING or shooting with some of the most amazing people that I genuinely love n appreciate. Bab’ @nkosilindani40 I LURVS YOU.”

Keke previously revealed that she lost her last gig because she was pregnant.
Talking about the experience on Twitter, she said: “As I said I have a 28min recording of the meeting we had that confirmed my stay as opposed to me being fired…I was paid till Feb only and yet the contract ends in May 2019. I was so confused, highly pregnant, and now without a job. After I had already gotten a new place to stay and sorting out life as my pregnancy came as a surprise,” she tweeted.

She also revealed that she was underpaid and said there were attempts to blacklist her.

“…y’all don’t even know half the trauma I went through because of the Ferguson’s because I was pregnant and even before then I was earning below the minimum on two PRODUCTIONS I PLAYED LEAD ON… then I find out they trying to get me blacklisted,” she tweeted.