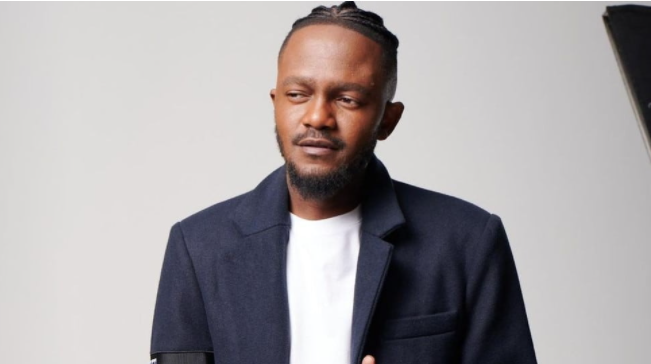 Times are tough for Kwesta and his pockets as he allegedly loses money due to record label disputes. According to Sunday World, Kwesta worked with up and coming star Ayanda Jiya on her EP titled Queen. But fans won’t be able to listen to it because it was taken down from streaming platforms.

Kwesta produced Love Me which is featured on the EP and due to Ayanda not seeing eye to eye with her producer, he apparently lost money. Boitumelo “Zeph” Mhlongo, her producer claims to have ownership of her EP, but Jiya argues otherwise.

Emails between the company, Ayanda and her former manager got leaked and in that email the songstress says she never signed anything.

Speaking to the publication, Ayanda says her producer wants 50% ownership which is something she cannot agree to. “I wrote the songs and sent them to him for production in his studio and also contributed financially for the production of the EP.

“So what happened was that he wanted 50% of the royalties of the EP and royalties from my gig. I was not comfortable with giving him 50% of my performance fees because that meant that he would be entitled to an equal share of all my gigs even if he does not go to perform with me,” she said.

In addition to that, she claims to have been sidelined from seeing the sales from her EP.

Record label disputes are not a new thing in the industry and it can be very distressing for artists involved. Just yesterday Nomcebo Zikode exposed Open Mic for ripping her off. She claims to have not received a cent from her contribution to Jerusalema.

In a statement, she said, “Thank you to all the fans of #Jerusalema, you have made my dreams a reality, with attaining a global hit song. My voice and lyrics have transcended globally, but I still await what is due to me”

“I have not been paid a cent by the label for #Jerusalema despite the song’s global success. I have been ridiculed, with efforts to marginalise my contribution. I, as a female artist, can’t stay silent on this anymore. The matter is now with my lawyers,” she wrote.

Master KG responded to Nomcebo’s claims, “Agreement Of Jerusalema Is 50/50 Between Me And Nomcebo But Wants 70% and I Must Get 30%”

“Can you confirm that you received R1.5m so far from Jerusalema? and before I explain many things you guys haven’t paid me for Xola Moya Wami…And again, Nomcebo can you tell these people that you are demanding a bigger percentage than mine on this song?” he claimed. 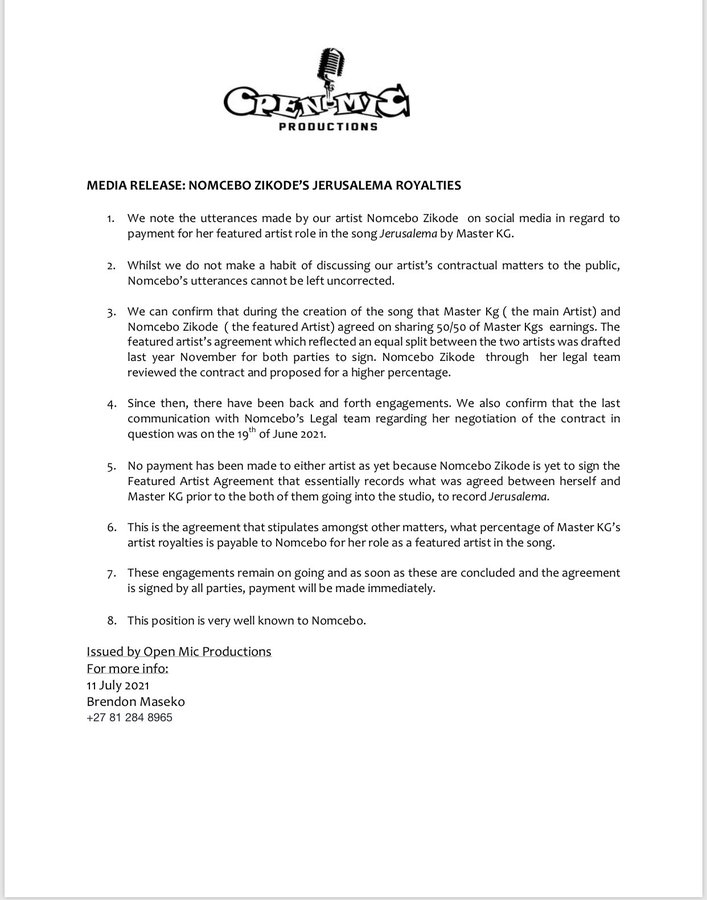 Kwesta has been said to be a broke alcoholic by his former colleague Nota. “His alcoholism and lying screwed him over, not me. He needs rehab and to tell us who owns Rap Lyfe because I don’t want the tax man coming for me for something I know nothing about.” 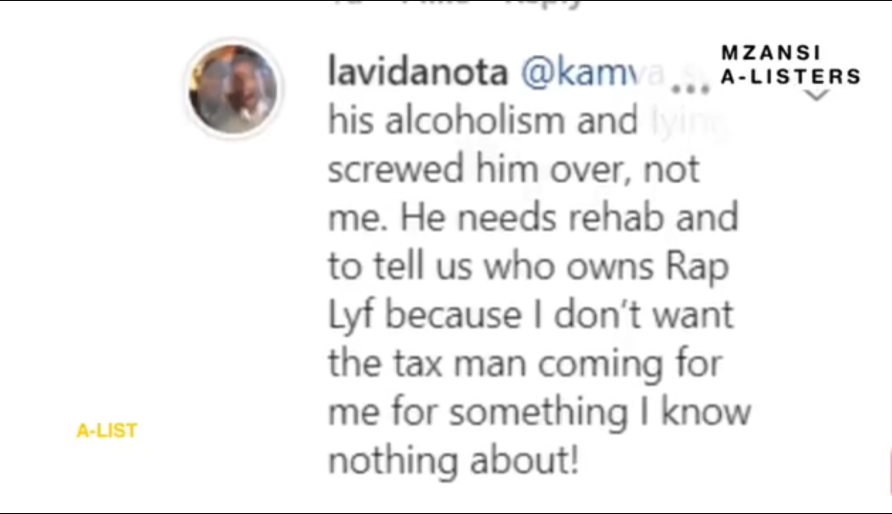 LASIZWE: I AM OFFICIALLY SOMEONE’S BOYFRIEND!