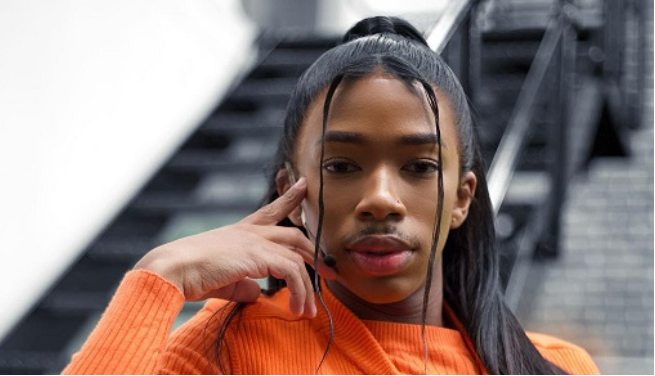 Buoyant on his sense of humor, Lasizwe has the sails of success turned in the right direction. A fabulous sum of talent, confidence, and irreverence, Lasizwe celebrates a huge milestone today!

Not one to embrace stagnancy, he has his hands in many pies. Lasizwe is a YouTube sensation due to his hilarious skits and acting, radio host, popular social media influencer, brand ambassador, a Marketing Director for Fanta, and a taxi boss too. He loves his list of achievements to be long and glorious, and is always on the lookout for ‘What next?’

However, although he’s garnered a huge followership over the years, he’s not new to controversy either. Talk about his love life and the time he saw his then Xhosa bae in a bar after he had just left him at the airport. Lasizwe has been through the most.

On his special day as he turns 23, let’s reflect on all the newsy events that made his past year so happening!

Lasizwe takes it too far with the AmaZulu King

If there’s one tribe that you don’t want coming at you because of something you said about them, it’s the Zulu tribe. Knowing his humourous self that loves to say anything and everything, Lasizwe took it a little bit too far this time.

He gushed over the newly crowned Amazulu King, Misuzulu Zulu’s handsome looks in a tweet, Lasizwe said he would love the king to deflower him and he would carry his children without thinking twice. This did not end well for the YouTuber as he got dragged for it and for not showing respect to the king.

Was Lasizwe wrong for saying this?

It’s true that we all make mistakes and sometimes certain are said not maliciously or intentionally, but maybe out of ignorance. Though Lasizwe is open about his sexuality and flaunts his feminine side unapologetically every now and then, he landed himself in trouble with Mzansi over his tweets

OMG there are so many gay people on twitter, aeyo I feel sick, the pictures they post OMG not that I'm against them pic.twitter.com/gGrLfnG0iu

Lasizwe’s tweet about the number of gay people on Twitter had Twitter detectives and Mzansi up in arms and they accused him of being homophobic. However, what caught the attention of many was what he said about Somizi and many were left shocked.

Were the allegations true?

Lasizwe has led an open love life, sharing his flings and boyfriends with his social media fam and making them SBWL for more. He’s been linked with Wiseman Zitha, but Zitha later put the rumors to rest when he shared a pic of his wife. Although it was never clear what kind of relationship Lasizwe shared with Skeem Saam actor Cedric Fourie when it ended Cedric made it loud and clear that he wasn’t gay himself.

However, as everyone was minding their own business, Lasizwe was trending yet again and this time he was rumored to be dating Mohale. So how did this come about? A Twitter user by the name Mr Handsome tweeted that Mohale and Lasizwe were an item, but Lasizwe shut down the allegations and his clap-back was lethal!

Well, it’s always wise to keep in the family, but Lasizwe let the whole world know about Khanyi’s deepest secrets. During an episode of Celebrity Game Night, Lasizwe was asked about the three things people didn’t know about Khanyi.

Well, in his favor, he was asked the question and he had to give an answer, but maybe he was exposed a little bit too much.

So what is it that we don’t know about Khanyi Mbau?

For wild child Lasizwe, even the coming year is sure to be full of humor and dramatic twists and turns!