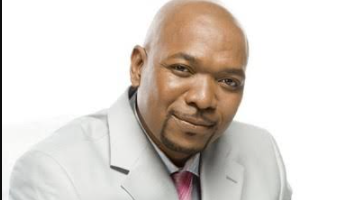 Gone but not forgotten, The award-winning actor Menzi Ngubane would be celebrating his birthday this weekend.

In celebration of his birthday, his family has ensured that his memory lives on through acts of service.

“Happy Birthday Menzi Ngubane. As we prepare to go out there to do what was close to his heart; seeing smiles on people and making a change, we’d like to wish the legend a Happy Birthday in heaven,”Menzi Ngubane Foundation wrote.

“It was a beautiful day 🎂🌻🎉🕊 Thanks to those that made today even more special,” the foundation later added.

The legendary actor’s daughter Siyasanga Ngubane, said giving back to those in need is the best way to honor his father’s memory.

“This is a special moment for our family and for the foundation as we celebrate my dad’s birthday in the way he would have wished us to. Every year my dad ensured that he kept smiles on the faces of those running the home as well as the kids,” she said in a statement.

Siyasanga also told TshisaLive that they are planning to continue giving back in honor of her late father for a long time in the future.

She also told the publication that she would love people to have a good memory of his father and she is willing to do her best to keep his memory alive.

“When speaking of the entertainment industry my mom always says that, ‘You’re as good as your last act’, so seeing that he didn’t work at all last year and the next thing people hear that he passed on, I just think that they should always have that good memory of him. So whatever good that we can do to keep his memory alive, I’m down with that. He was a really quiet person, so he believed more in action than talking.”

Menzi Ngubane passed away in March this year. According to the statement issued by the family then, “Menzi spent much of his time in trying to demystify issues relating to kidney disease and sugar diabetes while promoting positive lifestyle changes needed to cope with the diseases.”