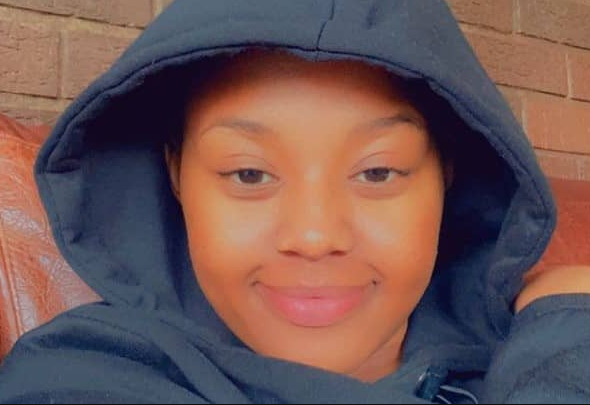 Gqom Queen, Babes Wodumo has taken to social media to show off her brother and her fans can’t get over how cute he looks. They took to the comment section to drool over him.

Babes got her dream wedding to Mampintsha this year – everything was documented on her special on Showmax. It came as no surprise to those who watched the show when they found out that some of her family members and friends did not approve of her relationship with Shimora.

Her mates felt that she would not be able to live a free life after she tied the knot – she would be stuck at home being a housewife.

“Do you know what trouble is Babes getting herself into? She is going to be stuck at home all the time. We won’t be able to get free alcohol and expensive champagne. Ever since you’ve known Babes all you drink is expensive champagne. What about all the expensive sneakers that I used to get?”

However, she assured them that not much will change as she is not the type of woman to be controlled by a man.

“I understand because they are my friends. They need to own some of the clothes that I wear and the things that I can afford. I’m not the type of friend that wants to look good while my friends struggle. So they’re like family to me. That’s how close we are.” She expressed.

Despite all the wonderful things that have happened for the couple this year,
Mampintsha’s mother has not been that supportive. She has expressed her disappointment at the fact that the newlyweds have shut her out of their lives. She told Daily Sun that she did not even know about the birth of her grandchild Sponge Wodumo.

“I heard that Babes gave birth to a son. They didn’t tell me. I heard it from strangers. What I said on that video was true and I’ll stand by it. But if there’s really a son, I hope to see him one day and hold him as he’s my grandson,” she was quoted by the publication.

Earlier this year, she went to the papers to inform them that Babes was faking her pregnancy. Unimpressed by her claims, Babes slammed her comments. “I am pregnant, whether she likes it or not.”

LootLove Is Still Reeling From The Loss Of Her Brother