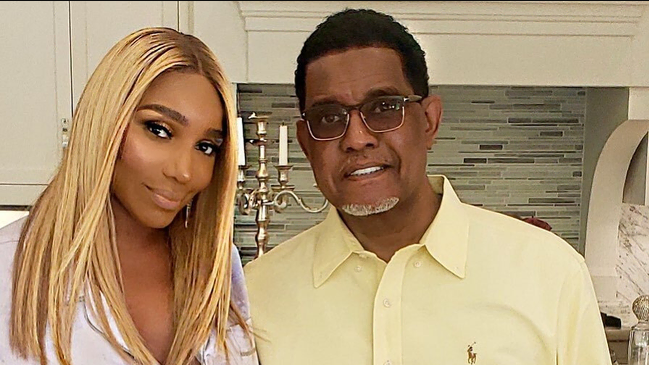 NeNe Leakes was supported by her former “Real Housewives of Atlanta” co-stars at a memorial service in honour of her late husband, Gregg Leakes, on Monday.

The 53-year-old star reunited with some of her former “Real Housewives of Atlanta” co-stars at her Linnethia Lounge in Georgia as they got together for a celebration of life event to pay tribute to the businessman, who died of cancer last week.

NeNe was joined at the memorial by Lisa Wu, Phaedra Parks, Marlo Hampton, Porsha Williams and Eva Marcille and other friends and family in order to pay tribute to Gregg.

Alongside an old photo, NeNe wrote on Instagram on Monday: “Today we celebrate you Gregg with love, just the way you wanted it [broken heart emoji] (sic)”

Gregg was diagnosed with stage 3 colon cancer in 2018 but was in remission the following year.

However, in June this year, the 53-year-old star revealed her husband’s cancer had returned and the following month, she expressed her joy he’d been released from hospital after undergoing surgery.

Sadly, in August she told customers in her lounge The Linnethia that Gregg was dying after being criticised by a group for not wishing their party a happy birthday.

She said over loudspeakers in the Atlanta venue: “My husband is transitioning to the other side.

“So, when people approach and say, ‘You’re rude because you don’t want to say happy birthday,’ my husband is at home dying.

And it was confirmed a week ago he’d sadly died.

A family publicist said: “Today the Leakes family is in deep pain with a broken heart. After a long battle with cancer, Gregg Leakes has passed away peacefully in his home surrounded by all of his children, very close loved ones and wife Nene Leakes.

“We ask that you pray for peace and strength over their family & allow them to mourn in private during this very very difficult time.”

Gregg is also survived by his and NeNe’s son Brentt, and five other kids from previous relationships, Daryl, Damian, Dexter, Denton, and Katrina, as well as his stepson, NeNe’s other child Bryson.

Murdah Bongz And Zinhle Have A Dance Off