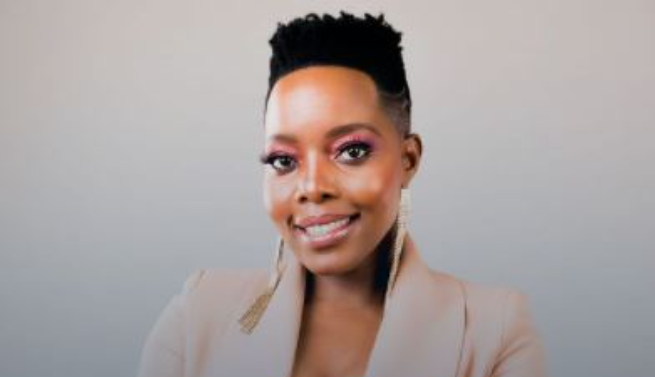 Award-winning singer, philanthropist and co-author of Jerusalema Nomcebo Zikode has finally told us her side of the story following the allegations that she was not getting booked for her hit song, Jerusalema.

Nomcebo said she has not received a cent from her label Open Mic Productions for her contribution to the song.

In a released statement, she said, “Thank you to all the fans of #Jerusalema, you have made my dreams a reality, with attaining a global hit song. My voice and lyrics have transcended globally, but I still await what is due to me”

“I have not been paid a cent by the label for #Jerusalema despite the song’s global success. I have been ridiculed, with efforts to marginalise my contribution”

“I, as a female artist, can’t stay silent on this anymore. The matter is now with my lawyers”

Speaking to Sunday world, a source confirmed that Nomcebo has not received a cent from her label for Jerusalema, “She has not been paid a cent for Jerusalema. They could not reach an agreement, so Nomcebo had to consult with her lawyers. The record label called her demand ‘ridiculous.’ How is 50% ridiculous? She wrote the lyrics and sang them, he produced the song. That should count for something,” the source says.

Nomcebo is also said to not be taking all of this well, the source said,” She is not okay at all. Without her vocals and songwriting, the song might not have been a hit. It is truly sad to see another artist get side-lined and not get what is due to them. But let the legal team handle it,”

The source further stated, “I hear lots of people saying Nomcebo was just a feature, and this is the mentality that has made many female vocalists be oppressed. She is not a backup singer, but a lead vocalist to a song she co-wrote, surely she deserves to sing and get paid to sing her song. No offence to Zanda, I don’t know what their agreement was, but artists need to be paid for their royalties and be allowed to perform their music”.

A lot of ZAlebs were left heartbroken after hearing the news on Nomcebo’s Instagram page whole some expressed their disappointment in the way record labels treat their artists.

@zii2010 said, “Wow!!! If there was ever a cause to burn cars & trucks for…yeah this is it, record companies have been ripping off artists forever, it’s time all artists engaged lawyers before signing contracts because this is a disgrace…Nomcebo be strong you will get paid eventually…god is on your side…”

@iyamabhele said, “Ncese Sisi they can scam you or do whatever they like to discourage you but one thing I’m sure about is they can’t take away your talent it’s your gift from God and I’m sure He will show up uzokumela. Jerusalema ihlanganise Isizwe kunzama kodwa Nkulunkulu wathumela iphimbo lakho mhlabeni lathulisa isivunguvungu nge Jerusalem wathi “ngilondoloze” THE POWER OF YOUR VOICE, TALENT FROM GOD…he will fight for you”

@msfitqueenuk said, “Wow!!!! That is terrible to hear. Lots of Love from London, I hope you get exactly what is owed to you by the label”

@refiloe94 said, “Sad to hear this, fight sis and make sure you get everything due to you and your family, it’s crazy to see what greed does”

Tweeps have also taken to Twitter to stand with Nomcebo, some of them said:

“@SneKhumaloSA said, “Open Mic Productions bafana ne Ambitiouz.. use Black talent but doesn’t wanna pay them. Nomcebo’s vocals are part of the reason the song went global. These Black recording companies are the same as Caucasian companies and it’s fcukin sad. Pay Nomcebo Zikode what she is owed”

@_Mcebo_ said, “When we suspected long ago that there was a feud bubbling under there between Nomcebo Zikode and OpenMic, people insulted us and even said it’s in our heads. Well, we’re here now… #PayNomceboZikode”

@iamGiftedStill said, “It would be interesting to see what’s on that Jerusalema contract, seems like Nomcebo was done dirty”

What are your thoughts on this? Does Nomcebo deserve to get money for working on the song or she simply was a feature and she must go get what’s due to her to SAMRO?