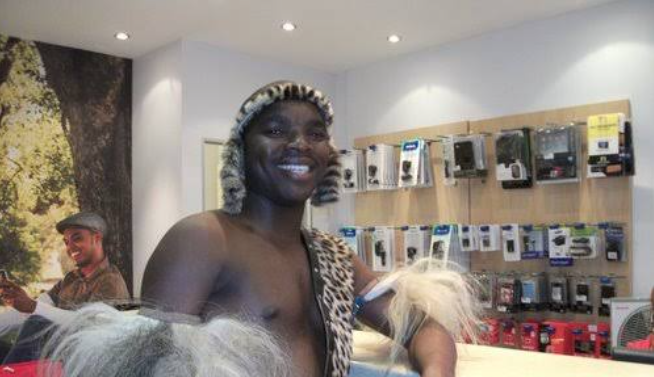 Radio and TV personality Ngizwe Mchunu is set to address the nation today. In a video that has been circulating on Social media, Ngizwe said he will be addressing the nation regarding the release of former President Jacob Zuma.

He said the address is set to take place today at Kwamai Mai in Johannesburg at 12 pm. He also added that the media is invited.

IN TRANSLATION, Ngizwe said: “Ngizwe Mcuno will be addressing the nation regarding the release of uBaba Msholozi … Right now I am on my way to Johannesburg. All I can say is that I will address the nation. I have called the journalists because they are the only ones who are allowed to have gatherings in this country…

“They gathered in Nkandla when uBaba called them, they also gathered when other political parties called them to address uBaba’s matter. So tomorrow whether they are there or not I will be addressing the nation ….. Fellow South Africans, we cannot keep quiet and agree to watch our old man rot in jail…”

Ngizwe Mchunu will be addressing the nation tommorow "regarding the release of former president Jacob Zuma" LIVE 📍 at Johannesburg, KwaMai Mai.

Media is invited, "cause those are the only people with rights to gather these days" 😬

Social media users have since reacted to the video, @ Diketso MC believes that the province will not allow the address: “Gauteng won’t allow this…This shouldn’t be even taken seriously, We have serious matters to deal with than entertain all this”

Majereza Smish said Ngizwe is taking an advantage of what is happening in KZN to make himself famous, he said Ngizwe will be arrested: “Lendoda ifuna udumo kabi with what’s happening at KZN manje he is going to be a target uzoboshwa lo.”

Last month Ngizwe opened a case against South African Police Services (SAPS) for allegedly harassing him and his wife.

Talking about what happened, he told Daily sun: “It was around 6.30 pm when we were stopped by the police. They searched the car. They then stripped my wife off the ibhayi (ancestral cloth)and threw it away. They also threw out the dumplings and meat that she had brought from the ceremony. We asked them to stop but they just continued. They also beat me up. When they realized that I was taking a video, they jumped into their car and fled.”

He told the paper that they were on their way from a sangoma trainee graduate ceremony when the incident happened. He said they had to leave the food on the scene.

We only left dumplings and meat. I’m very angry and my ancestors are angry too. These cops lack respect and I will teach them a lesson. They don’t know me. They didn’t have the right to strip off my wife’s ibhayi like that,” he told the publication.