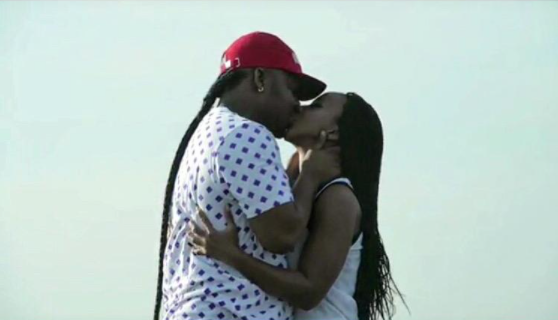 Tweeps have dug up old tweets from a highly infatuated Cassper Nyovest praising his girlfriend at the time Boity Thulo. An evidently smitten Cassper was declaring his love for Boity where he even held her at the highest regard and said he wants to show her off to the world.

Cassper and Boity dated for a while in 2015 and they were one of the hottest couples during that time. The two amicably broke things off in 2016 because of “time management,” explained Boity to True Love magazine. “Yes, we have broken up. We broke up in December, which was last year. I cried about it, I got angry about it, I tried to convince myself that it’s okay, eventually you’re just like ‘life continues’.”

Now, tweeps decided to spice things up in the timeline by re-tweeting Cassper and Boity’s old tweets where they expressed how fond they were of each other.

Boity shared a picture of the two of them kissing and captioned it, “You made me feel so incredibly special. What more can a girl ask for? @CassperNyovest. Yes, #itsLegit.”

Cassper responded and said, “@Boity you are a queen. My dream girl. My ultimate. The most beautiful woman in the world. Perfection!!! Wanna show you off to the whole world.”

@Boity u are a queen. My dream girl. My ultimate. The most beautiful woman in the world. Perfection!!! Wanna show you off to the whole world

Those tweets are from 2015, so you can imagine how much digging had to be done in order to get to them

It ended in tears. pic.twitter.com/vnbAQOI5Bp

😂😂😂😭Black twitter at it again in the comments section

Nope.. I still believe in them to this day. Sorry bex🙏😥

Boity even explained why they broke up, “All it was was just time management – one was busier than the other – and it’s just time, that’s all it was.”

She clarified that Cassper never cheated on her “Not once did I ever feel like he’s cheating on me or giving someone else attention or whatever, there was never a time where I fought about any girl. He was absolutely respectful towards me in terms of his female fans…”

However in a song he released called I Wasn’t Ready For You after their break up, Cassper admitted that he cheated on Boity with multiple women.

“I started giving the side b*tchs your side of the bed. That sh*t was so disrespectful and I don’t have an excuse. I look at myself in the mirror like‚’ Dawg‚ what happened to you? You told this woman you loved her and then you promised her joy. She needed a man and you acted like a boy. Manipulated her mind. I got you confused. It’s time I admit I wasn’t ready for you‚” he said in his raps before wishing her well in her new relationships.

When they broke things off, they continued to be friends, posted each other and spoke highly of each other. Of course people thought they had rekindled their love but that was not the case. Cassper spoke to Slikouronlife and explained, “We’ve been friends since we were kids, she saw me from nothing, literally… I’m like that one person who appreciates her success because I’ve seen everything. But now we’re both single and we don’t have anyone saying ‘why are you posting a picture of Boity?’ I couldn’t do that because I was always in relationships… Now that we’re both single we can embrace each other.”

Now all is forgotten as Boity wished her ex-lover well after he welcomed his son Khotso with Thobeka Majozi.

Life With Kelly Khumalo Comes To An End?