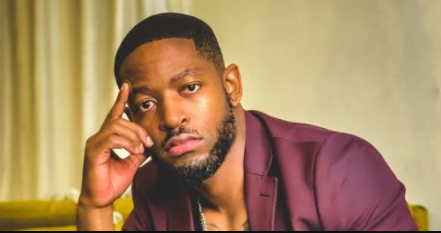 Prince Kaybee has decided to stand up for Amapiano rising star Sir Trill after he told Kaya FM’s Tbose that his show is too early for him to be a part of.

Prince called out Tbose and said, “This is how you kill an upcoming artist career, instill fear in them just because they can’t make the interview. This wasn’t gonna make it to social media if it was an artist radio respects”

“I am standing up for Sir Trill, as a senior in the media space Tboze was supposed to call Sir Trill and educate him about the importance of commitment, not “OUT” Sir Trill on Social Media. Its important for seniors to advise not push a narrative to isolate upcoming artists”

Tweeps had a lot to say about this. These were some of the reactions:

“Kante di artist tsena Adina di manager? People who should be telling them about the importance of commitment and so on? Sir Trill is my favorite artist bro and I was hurt last night watching an interview Boohle saying his disrespectful kere noo bamo akela then now this ? Iyoo. Sir Trill was in the studio with Khanyi”

“Don’t you think he tried educating him and SirTrill probably said “Ai baba it’s still early”. Then Tbos had to update us that guy won’t be coming to the show as promised. We saw a post banner about him as a guest. Now imagine if Tbos didn’t update us, what does that say about him”

“These new artist are stupid, t-bose was right to post that on social media, he will learn, you get a few thousands there and there now you think you’re on top of the world. You people who have been in the game should teach them, 98% of mapiano artists are not professional”

Some tweeps have however said that Prince Kaybee has done a similar thing before.

“I remember 2018 after releasing your hit Gugulethu, Sabby when he was at YFM he waited for you for an interview you were no show, no messages on whether you will be late or what, because he didn’t have any explanation for listener’s. Unproffesionalism cannot be excused”

Sir Tril was in the studio with Khanyi Mbau on what many people are terming a big miss on Sir Trill’s side.

Sir Thrill agreeing to work with Khanyi Mbau on that shitty track has just dropped all the standard he worked hard for.

It's like Jay Z agreeing to work with IFANI….

Just a few days aho, Prince Kaybee was mocking Busiswa’s feature on a very uncanny music video which has numerous sexual undertones. The two artists who gave us the hit single Banomoya are not in good terms and their beef will not be dying down anytime soon.

Busiswa Gqulu was featured on a song by Nigerian singer Naira Marley called coming. In the music video which needs no explanation, many sexual connotations are made and they put Busiswa in a very bad light for her SA fans who asked her why did she agree to be a part of a music video.