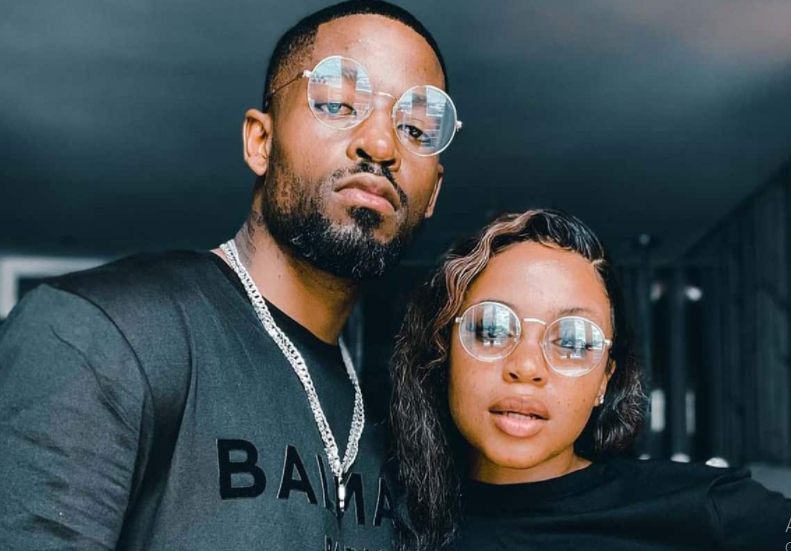 Television presenter Ayabulela Mhlongo AKA Zola Zeelovin is expecting her first child. This next phase in her life is something she is most grateful for and cannot wait to meet her bundle of joy. She has not revealed how far along she is but her protruding belly suggests she is well into her pregnancy.

A few months ago, she suffered public humiliation from her lover Prince Kaybee, when his side chick Hazel MaHazard, exposed his nudes.

When the whole saga happened, Prince Kaybee publicly apologised to her but she has not uttered a word about this. Neither has she confirmed whether they had broken up or not.

But a while after it happened, Zola started hinting that she is seeing someone on Twitter. Fans have been wondering if it is a new man or she and Prince are still an item. The only time she has ever said something which touches Prince Kaybee was when she said his song Sbindi Uyabulala is a banger.

Nonetheless, she is very excited about this new phase in her life and cannot wait to become a mommy.

Taking to Instagram today, Zola revealed that she is expecting a baby and posted snaps of her rocking black lingerie and looked gorgeous. Zola stated that she and the father of her baby – who she has not revealed, are very happy to meet her or him. She referred to him as ‘we’, “My child you are the epitome of love. We haven’t even met you yet but you have already changed so much in our lives. For that we are truly blessed… We cannot wait to meet you.”

Meanwhile, Prince Kaybee is still trying to expose the music industry by being very vocal about the ups and downs of it.

Major Record Labels in South Africa have all the fancy boardrooms and high-end studios but can’t influence street culture. Imagine being a rich kid who can’t afford style🥴…

What a time to be alive❤️

In his apology, Prince admitted to cheating, “I cheated, I humiliated my girlfriend publicly. To the people I have disappointed, the businesses I represent, my girlfriend and my Mother I profusely apologise from the bottom of my heart,” Prince Kaybee wrote in a tweet.

He had tried to cover it up by saying the woman’s name is Eurica and she is a costume desiger. “But this isn’t fair, where’s the rest of the screenshot, this is Eurica mos, a costume designer that came for costume measurements for videos to be shot in Cape Town. There’s a part where I tell her to hurry up I’m playing at 11. Ai bo Eurica sies,” an astonished Prince said.

After exposing his nudes, Hazel apologised but that was after she got slapped with lawyer letters. It turns out she and the Ayabulela hitmaker have been at it for 5 years, whilst Prince was dating Zola.

“I would like to take this opportunity to apologize to Kabelo for the posts, and any damage that the last picture may have caused to his dignity, public image, personal life and his businesses.

“Upon deep reflection, I now realise how unjust and uncalled for my actions were, and I would like to use this opportunity to apologise unreservedly. I have since deleted the post and I condemn with seriousness against the continuous circulation of those pictures by others.”