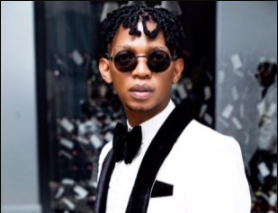 Designer Quiteria Kekana of Quiteria Atelier revealed that he got diagnosed with Multiple Myeloma which is a form of cancer. The designer got this diagnosis in April and he revealed to Sunday World that his finances took a huge knock because of his cancer treatment.

Now, the designer is reportedly seeking help from the public to pay for his bills. According to Sunday World, Kekana is receiving help from a foundation called Endless Hope Butterfly. They have set up a fund for the designer so that he can receive donations from people willing to help.

With all that is going on in his life, Quiteria is trying to stay positive, not only for him but for his colleagues as well. “It has been tough, having to think positively, work on my health and being responsible for the lives of those that I work with and their families,” he told the publication. “We truly pray for better days,” he added.

But what caused him to learn about his diagnosis is truly appalling. Quiteria reportedly found out about his cancer diagnosis after the whole fat shaming drama with comedian Lesego Thlabi AKA Coconut Kelz. These accusations lead to numerous threats from people on social media and his health took a huge toll.

He said the threats were traumatic and put a strain on his health. He clarified that the incident did not cause his cancer, however he got stressed to the point that he noticed some skin patches and inflammation in various parts of his body.

“If it wasn’t for someone saying I fat-shamed them I wouldn’t have probably found out at this stage that I had Multiple Myeloma. The trauma I got from being attacked and threatened put a strain on my health,” he said.

“The cancer was not caused by that, but the attacks affected my health immensely. I was stressed. I developed skin patches and lost energy, I was fatigued, and my body couldn’t take the stress. I experienced inflammation in different parts of my body.”

A few month back Coconut Kelz and Lexi Van said Quiteria called them fatty boom-boom. “So today I went to a famous designer who was told my sizes way beforehand because it’s for TV. Does he not then declare very loudly in the store after a failed try-on that he has nothing for me and the uses words like “fatty boom boom” to describe how I’d look in the designs. Yoh.”

“Actually nah. It’s Quiteria and George. What happens from there is above me. It was shit shit shit. If I lose this opportunity, I lose it. I will never ever wear something from there. And it was “Q” himself.”

Lexi then responded and back Quiteria’s accusations, “I’m not surprised Lesego. I was told I’m fat too in 2015 whilst doing a fitting with them. The way Q pulled his face when I tried on a dress was pure disgust. He said my body needed ‘some major work’ cause there isn’t really a dress for me. Sorry babe.”

Tlhabi said she was very emotional because he did it in front of everyone, “I never cry but wow I have not stopped. I’m sad sis. I’m so sorry that happened to you too.”