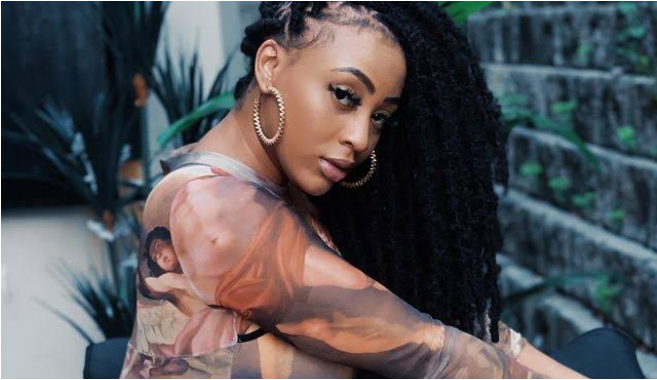 Family Tree has lost another big artist since the departure of Gemini Major and Tshego. Nadia Nakai has parted ways with her stable. The award-winning rapper confirmed her exit on Slikour Onlife.

She said it is time for her to stand on her own, she also revealed that she is working on her new record label.

Nadia said she was scared to tell Cassper Nyovest about her departure, she said she eventually did and Cassper was okay with it.

“I am no longer with The Tree. I am working on my own record label. I need to be able to stand on my own. Funny enough, I was actually scared to tell Cass. Even after I told him, I could feel that he was a bit sad, but we are good.

“He even suggested a few record label names for me to use… I will always hold Cass in the highest regard and respect because he’s been very instrumental in my career and my life. I want to be able to get to a point where even when I have kids, I can still work on an artist and actively build their brand. I am a little bit scared but also super excited.”

Nadia also revealed that things were a bit off between him and Cassper after she featured on AKA’s Braai Show. She said Cassper did not speak to her for a very long time.

“After I did the Braai Show we didn’t speak for like eight months so I got so used to not talking to him much.”

She said people thought that because she was signed under Family Tree then she was also beefing with AKA.

“It was a decision I made for myself because I felt like I wanted to expand myself. I think people just felt like I automatically inherited things he (Cassper) is going through and that kinda trickled down to me and would affect me as well. Even though he is my brother and I’ll always support him and have his back I felt like I needed to open up myself a little bit more because I need to be seen as someone who is platonic.

He said AKA knows that he cannot disrespect Cassper when she is around.