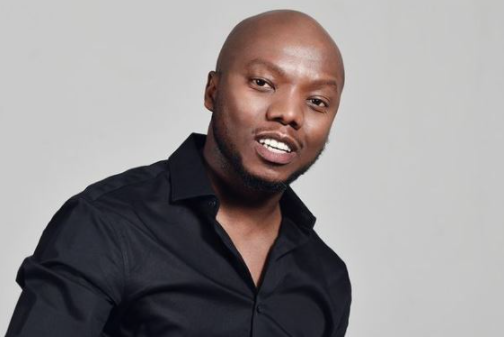 Radio and television personality Thabo “Tbo Touch” Molefe has opened up about the RIP’s we have been slapped with every month.

Tbo Touch took to Instagram to pen a very heartfelt message to South Africans. He said, “I don’t know if we are dealing with a pandemic or the angel of death but whatever it is we will NOT capitulate or bow.

“Moreover, we are spiritually and physically ready to defeat you. Let’s go out and test guys, For the weapons of our warfare are not carnal, but mighty through God to the pulling down of strong holds 2 Cor10:4”

Tbo Touch was encouraging people to go and test for the Covid-19 virus.

It seems Tbo touch’s message was not received well by some people. These were some of the reactions:

@capable_10 said, “Let’s go out and test?? Dude you only test if you have symptoms! You don’t just randomly test!!”

@thabisothahane said, “So all the news we hear about vaccine are fake news?”

@simpienut22 said, “But Touch you are one of those who said Covid doesn’t exist though. What changed?”

@buyienzimakwe said, “Why even pay, is this not a pandemic? Or we just making the rich more rich, pharmaceutical companies are ruling the world now? And dictating what we should put in our bodies, nothing knew, not shocked, you South Africans been eating the left overs of whites people and following them for yrs, Whatever comes from a white person must be better, so let’s get rid of our culture and everything we know to follow them, viva the whites man world viva 🙄🙄🙄🙄🙄🙄🤮🤮🤮🤮💔💔💔💔”

@misjoelyn said, “We will continue praying @iamtbotouch. There is definitely war out there”

Just 5 months ago, Tbo touch was in hot water after serving as Soweto TV’s CEO since 2019, he was removed as it is alleged that he along with the head of channel, Nokuthula Zulu have been underpaying their employees, this according to Sunday World.

The publication revealed that Tbo Touch was removed by chairperson Tuis Jabulani Nkutha, who is also in trouble with the station. He is accused of unfairly dismissing the seasoned media personality from his CEO and non-executive director duties at the television station.

According to Nkutha, Touch and Zulu underpaid employees in a bid to save the station from going bankrupt. They took their grievances to court and won the case, leading Nkutha to remove them. Nkutha’s appointment as chairman is allegedly illegal as well and he got suspended on Friday.

The issue of salaries is not a new one, as employees accused the personality of not paying their salaries on time.

The staffers that were retrenched at the time, were also promised to be given their packages, however, that too took time. Staffers were not happy with Tbo Touch especially after they saw him on multiple occasions flying in and out of the country.

In other news, episode two of Sello Maake ka-Ncube’s podcast on touch ED had Zikhona Sodlaka and aa lot of things were discussed. Tbo Touch took to Instagram to celebrate the episode. He said, “One of my favorite unscripted actress @zikhonasodlaka alongside our big Brother and by far the most accomplished Actor of our time @sellomkn in 🇿🇦”

We cannot wait see to what else Sello has in store for us. We already are loving the content.