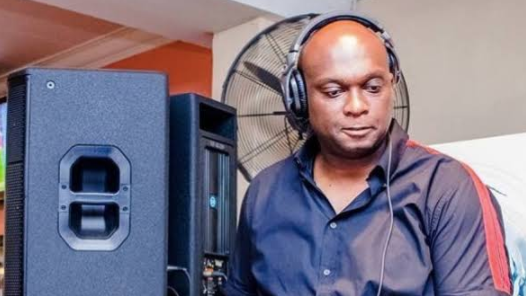 Taking to Twitter, the Kaya Fm radio host said Sir Trill told him that his radio slot is too early for him.

Tbose show ‘The Best T In The City’ starts at 9 am until 12 noon. He said he was really looking forward to have him on the show.

“My heart just sank, Sir Trill says my show is too early. I was really looking forward to hosting him,” he shared on Twitter.

Fans have since reacted to the news, Yola said Sir Trill is playing with good opportunities.

“He just fumbled an opportunity on being on one of the biggest radio stations in SA. An opportunity many would appreciate just because the show starts too early ?! Hayini”

Tumelo responded: “Professionalism will take these young artists far. They need to invest in having a team that will manage, guide them to build their Brand. He just lost an opportunity on a top-rated show & segment that’s hosted by a legendary OG on a big Radio platform, Kaya FM.”

Sir Trill is currently trending on Twitter for his feature on Khanyi Mbau’s next single titled ‘Indoda eDubai’, for turning Tbose down and also for what Boohle revealed about him on the Podcast And Chill with Mac G a few days ago.

Boohle shared that she does not get along with Sir Trill because he disrespected her.

Talking about what really went down between them, she said, “He was disrespectful to me so he can go, He put his nose in my business. He is working with the guys that I was working with now. The contract guys, Tee Jay, and I didn’t have anything against him but he decided to involve himself.”

However, Tweeps say that Boohle said more than she should have. @kingBen said: “I feel like things won’t be the same, names were dragged here. Josiah’s wife, Cass and Sir Trill… MacG made Boohle too comfortable and she went overboard. Sometimes you just don’t have to answer some questions”

Sir Trill has also taken to Twitter to react, he said people are taking advantage of his quietness. It is not clear whether the vocalist was responding to Boohle or Tbose’s statement.

“I realised I’m always being bullied because of my quietness. A lot of false things are said about me and I always keep quiet,” he tweeted.

I REALISED IM ALWAYS BEING BULLIED BECAUSE OF MY QUIETNESS.

ALOT OF FALSE THINGS ARE SAID ABOUT ME AND I ALWAYS KEEP QUIET..

Anele Unbothered As Americans Come For Her