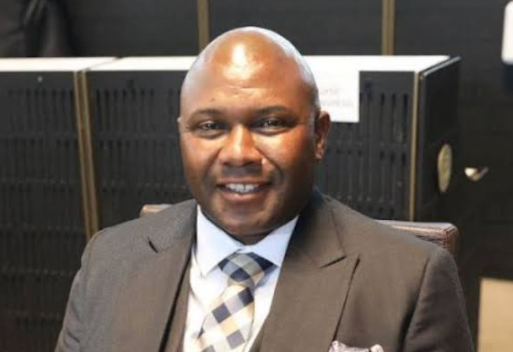 The nation is still in shock following reports about the untimely death of newly appointed Johannesburg Mayor Jolidee Matongo. It is reported that Matongo passed away in a car crash on Saturday evening after joining President Ramaphosa in an electioneering Programme for the ruling party in Soweto.

Jolidee had come in as a replacement for former Mayor Geoff Makhubo who died following Covid-19 complications.

The Mayor was born in Soweto in 1975. Before he was elected the mayor of Johannesburg he served as a member of the mayoral committee for finance under Geoff Makhubo. Matongo was currently studying for a Master’s Degree.

Tributes have been flooding in for the mayor since the news about his passing broke.

My heartfelt condolences to the family of Johannesburg Mayor Hon J Matongo. May his soul rest in peace #JolideeMatongo pic.twitter.com/qvWiH7mBu3

What a terrible tragedy to lose such a young and talented comrade. Life is so fragile. Just two weeks ago we were together at comrade #KebbyMaphatsoe's funeral, and now our #MayorOfJohannesburg, comrade #JolideeMatongo has also passed on. May His Soul Rest In Peace 🙏🏾 pic.twitter.com/jzxADUZHFl

In other heartbreaking news, South African actress Gugu Gumede has revealed that she has lost her mother. Opening up about her passing for the first time, Gugu revealed that her mother was a giant. She had to break many generational curses to bless many families.

“There is never a point in life where one wishes to walk the path that I am on; but such is life – we are born, we fulfil our assignment to the best of our abilities, and we depart.

My mother was a giant. A king. She came from nothing and had the task of breaking many generational curses; blessing many family members in between. She was a dedicated public servant; a pioneer and activist who changed many people’s lives.”

The star adds that her mother was more than a mom, she was a best friend to her and her brother.

“To my brother and I, though, she was Mommy. My BEST FRIEND. My confidant. My greatest fan. My prayer warrior. Our queen that we so dearly loved and revered. Words will never be enough to express our appreciation for the love and affection that she single-handedly raised us with.” She continued.

“We never lacked; and when the opportunity presented itself, we ensured that she never did too – and we are appreciative of this. We thank God that she lived long enough to watch her children be successes in their own rights, and bless her for it in return. Today, we are at peace knowing that she rests with the knowledge that she was loved and appreciated immensely.”

She has also thanked everyone who has shown her family support in their time of mourning. “Thank you so much to everyone that has extended a hand during this incredibly difficult time. I may not be able to answer every call, text or DM – but I see them, and I’m appreciative. May God continue to bless you all and watch over your loved ones.” She said in part.

Inside Musa And Liesl’s White Wedding