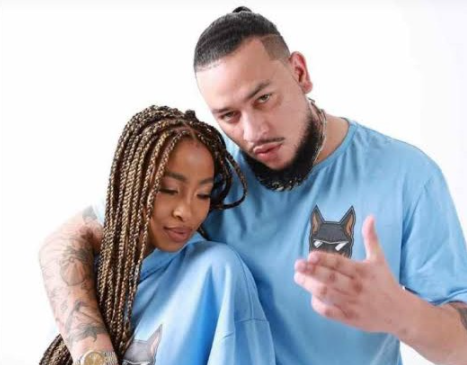 This week, the public has been exposed to more information regarding the Anele Tembe case. While reports suggested that the investigation had been concluded, City Press, on Sunday, reported that the investigation had been re-opened due to new information. This after the National Prosecuting Authority (NPA) reportedly passed the docket back to the police.

The late Anele ‘Nelli’ Tembe fell to her death at the Pepperclub Hotel in Cape Town on April 11. Her death was then investigated, but 3 months later, the Tembe family still has not found closure. In the midst of all of this, a lot has been said by many people, especially on social media.

But what does this new information mean for AKA? Is he a suspect? Is the case a murder or suicide case?

Sources have suggested that AKA may actually be off the hook as the case is reopened. What may have saved the rapper is his interview with Thembekile Mrototo in which he spoke about the the different incidents when his late fiancée attempted to commit suicide.

The NPA found that the police had initially investigated Anele’s death as a murder case with AKA as the prime suspect, and did not follow “standard procedure for all matters where the deceased dies of unnatural causes.” As a result, the docket was sent back so the case is now investigated as suicide.

“After the interview, the matter was closed by the SA Police Service and handed over to the NPA for review. The NPA then reverted and said this was a suicide investigation and what [the police] had provided had elements [of there being] a suspect of murder,” the source City Press.

In the interview, AKA referred to a viral video in which Anele is seen sitting on the floor and crying, while telling those around her that people don’t know what AKA had been doing to her. He alleged that it was one of the times she had attempted suicide by jumping out of a moving car.

“In my past time with Anele, it was not the first time that she had attempted to do that (harm herself) or threatened to do that. She had done that here in this home and over the phone…she had also threatened to drive her car into the wall and also had to be talked down off the ledge at the Hilton in Durban.

He also referred to their last argument, which resulted in death, alleging that she committed suicide.

“And things took a turn for the worst when we got to a point in the argument where Anele kind of threatened to kill herself. I had called reception for security and kind of tried to remove myself from the situation. And I think out of panic, I didn’t want to be there or feel that this was going to happen. So I went to the bathroom and when I came out of the bathroom she wasn’t in the room. And I looked around the room – she wasn’t there – I get to the balcony and I look down to the street, that’s where she was.”

Shauwn Has A Sudden Change Of Heart