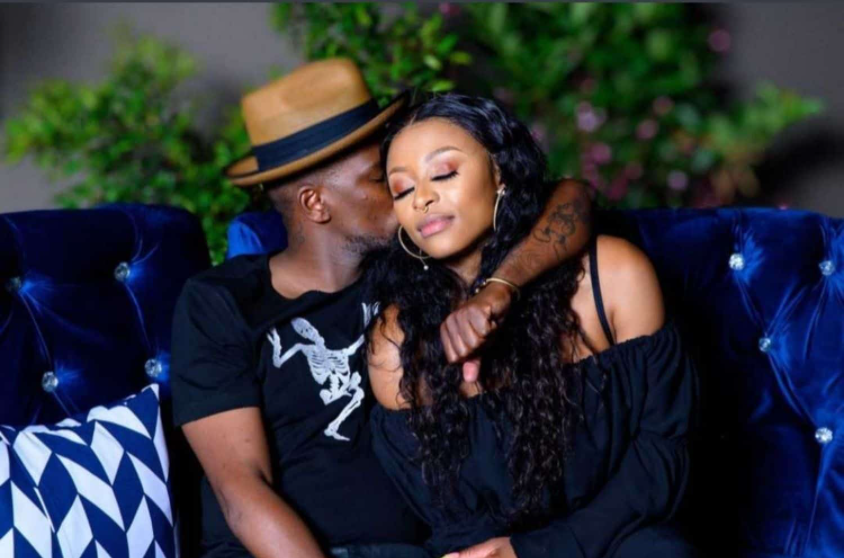 Despite what many might think, DJ Zinhle’s reality show The Unexpected always has the people talking. The DJ has allowed her fans free access into her private life and are slowly learning the real Zinhle. In the latest episode, the doting mother of two revealed that she has to get both the father of her children, AKA and Murdah Bongz, to get along.

DJ Zinhle has two daughters, 6-year-old Kairo Forbes, which she had with rapper Kiernan Forbes and Asante who is only a few weeks old. She is her current boyfriend’s daughter and we are yet to know whose surname she has taken.

In previous episodes Zinhle and Murdah discussed the surname issue where they still needed to consult each other’s families about which surname is Asante going to take. However, Zinhle did acknowledge that Kairo is a Forbes, so why would Asante be a Jiyane, her last name.

On a recent episode though, Zinhle and Bongani were discussing the issue of marriage and although Zinhle said she does not want to get hitched, it’s not because of Bongani, but her own personal preference.

Their blended family though will only work if Kiernan and Kairo, get a long very well with Asante and Bongani’s first born child. Speaking to the camera in one of her diary sessions, Zinhle says the only way that is going to work is if everyone is on board and happy with it.

“So that is the hardest question…So how am I going to bring Bongani and his kid with me? So there’s Kiernan and Kairo on this side and Bongani and his child on the other side. I need to find a way to make Bongani and Kiernan get along. That is the only way this is going to work,” said Zinhle.

This is very interesting as some of her fans do not see the need to have the two baby daddies involved with each other.

Relaying their opinions about the show, fans think it is very bland and boring because all Zinhle has done thus far is break the news of her pregnancy to every one close to her.

In one of the previous episodes, Zinhle finally opens up about her relationship with AKA. Speaking to her best friend and Aunty to her two daughters, Nomuzi ‘Moozlie’ Mabhena, she shed a tear when social media users made Anele’s death about her instead of the late young woman.

“This is something that is happening in Kiernan’s life but because Kiernan and I have a child together, it ends up affecting me. Kiernan has lost someone he loves and now people are making it about me,” said Zinhle.

“Kiernan can’t do anything without you being involved,” said Nomuzi.

“In my view right now, there are people that are going through worse with the situation… but it’s just also a bit tough when the comments are so cruel,” she told Moozlie.

Speaking to the camera, Zinhle said, “The thing about my life is a lot of things happen on social media and they’ve got nothing to do with me most of the time.”

“They just end up affecting me in some way, and I’ve learned not to care about it but this is also an emotional time in my life as I am pregnant,” she continued.