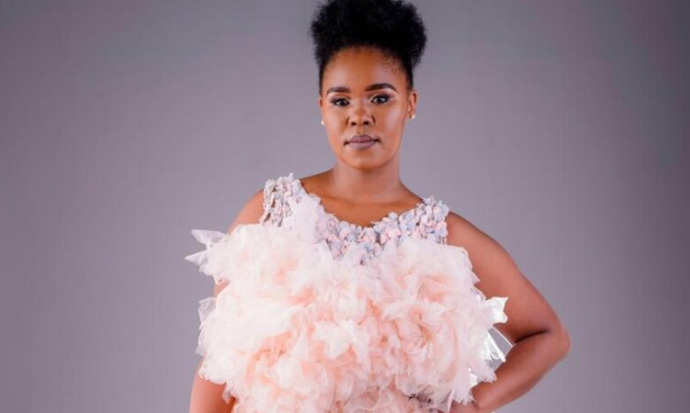 The drama between DJ Sbu’s TS Records and Zahara is never ending and when the opportunity arouse for Zahara to provide clarity on the issue, she simply ignored it. The Nqaba Yam hitmaker was a guest on Mac G’s podcast which now broadcasts on national TV on Channel O, but she did not give the people what they wanted.

Zahara brought her lively personality to the podcast and viewers enjoyed every minute of her. But she failed to give viewers exactly what they wanted by ignoring the DJ Sbu saga which has been dragging on for a very long time now. Zahara accused DJ Sbu and his record label TS Records of not living up to their promise which is paying her for her hit album Loliwe.

Lawyers got involved and the public chimed in but it never got resolved, now DJ Sbu decided to speak out and defend himself and his record label, whereas Zahara refused to do so, asking Mac G “ungenaphi” which means “where do you enter?”

On the podcast, Zahara spoke about how record labels tried to steal her God given talent but they failed to do so. Adding that the only person who can take away her talent is the Almighty himself.

“I have a gift from God, if anything happens I take it back to Giver. He takes care of me. You can strip me naked you can do whatever you can but can never take away the gift,” said Zahara.

DJ Sbu, who claims to miss Bulelwa, her real name hit back at her by saying she is the one who actually owes them money because she was overpaid.

“I miss you Bulelwa (Zahara) but what I don’t like is when she goes out saying I owe her money because you know that’s a lie. If you go down to the books at Universal Music she actually owes us money and she does not even know that,” claims DJ Sbu.

Sbu then said that when they parted ways, Zahara was a millionaire and had all the cars she ever wanted but does not know where all of that ended up. He then reveals some personal issues about Zahara and her past when she started off as an artist nobody knew of.

He spoke about her “alcoholism” which allegedly landed her in hospital with a problematic liver. “When I met her she was an up and coming artist, nobody knew her. She remembers those two Christmases when nobody was by her side whereby the second time…she was going through the most, nobody was there for her.

“She was in hospital, she was going through a liver problem and the doctors said she was drinking alcohol. These are the things I have been quiet about, I don’t wanna share, don’t want to speak about because it puts her in a bad light. But I have to say them because these things that are being perpetuated [against me] it’s unfair,” he cries.

Zahara lied about TS Records of DJ Sbu that they owe her money, is actually the opposite.

She owes THEM money 😳#PodcastandChillwithMacG had her as a guest, celebrity interview on Channel O last night… pic.twitter.com/CVWkEhnRZ3