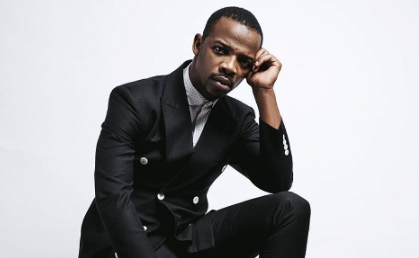 Zakes Bantwini’s Osama is arguably the most praised song in Mzansi at the moment with people saying it is just what the country needed. The song has been said to have a healing element to it, proving once again that music is spiritual. Despite having made the song a success, fans could not sing along to it. But Zakes has come to your rescue.

Zakes Bantwini has now freed Mzansi from the shackles of mumbling to his song Osama and released the lyrics and the meaning behind them. In the beginning of the lyric video, Zakes informs people what Osama means.

According to him, Osama means Lion and the symbolism of lion in Africa is ‘protection, wisdom, strength and power.’ If you were wondering what the language they sing the song is called, it is actually called Glossolalia. That is speaking various languages which are by the way, unknown, and it is common in religion.

If you have been mumbling the lyrics, have a look:

Zakes Bantwini shook the world with his performance at Kunye Music Festival. Especially when he performed his then unreleased song Osama and wowed the masses.

Black Coffee, his former best friend tried to reign on his parade and say the song lacks authenticity as it is not original. “It is nice but I won’t. I still prefer the original,” he said at the time. But fans did not pay him any mind because they thought it stemmed from jealousy.

He added that the original creators of the song should also be given credit, “We all doing our best to support each other and they don’t have a voice to cry out when such happens and I unfortunately can’t keep quiet someone has to say something. This particular song isn’t even out yet it’s just been played by DJ’s exclusively and now it’s here.”

People got quite emotional the last time so this time I'll let them judge.Look It's all love over here but the sad thing is,we have a community of young producers that are also dependent on this and are trying their best to stay afloat with a genre that isn't main stream.

Defending him was his wife Nandi Madida on Lasizwe’s Drink Or Tell The Truth YouTube series. “Your opinion about your husband’s hit song Osama, our favourite DJ, DJ Black Coffee said your husband’s song is not original,” Lasizwe said before asking his question.

“The question is, is your husband’s song original? And how did it make you feel when international Black Coffee said that song is not an original one?” he asked.

Nandi said it is original but refrained from addressing Black Coffee’s statement, “First of all I’ll answer the first part, Of course it is original. It was original and how I felt about that I think, without entertaining it, the song is a reflection of where everyone should be. We should all be positive, we should all be happy for one another. Especially for black people, we cannot afford to divide and rule.”

But Lasizwe did not buy Nandi’s response and told Black Coffee that he needs to seek therapy, “It’s funny because I speak to my sister all the time. For those who don’t know, my sister is a psychiatrist. I think it’s important for the people watching. A lot of us have childhood traumas and we need to review and seek help and therapies and whatever,” she continued.

WATCH: Lasizwe addresses lying about buying a house in 2018