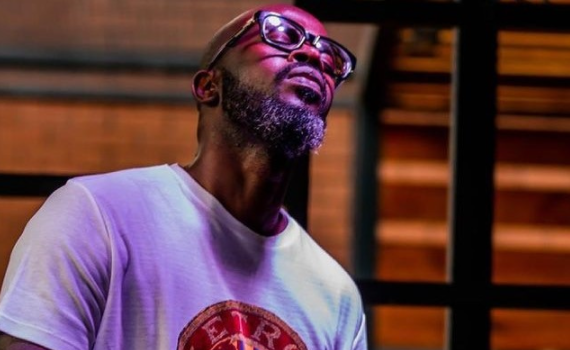 Black Coffee is mourning the death of his very good friend, American actor Michael K. Williams, who was best known for his role as Omar Little in the hit HBO series “The Wire.” The actor was reportedly found dead in his New York apartment on Monday.

The legendary actor who was 54-years-old, was allegedly “found dead of a suspected heroin overdose in his Brooklyn penthouse Monday afternoon,” according to the New York Post.

Messages of condolences have been flooding in for the late star and many expressed their heartbreak. One of them is superstar DJ Black Coffee who is happy that he at least got the chance to tell his good friend he loved him. “I love you bro. I’m glad I got a chance to tell you. I pray for your spirit,” he wrote on Instagram.

The actor was known to be a huge Black Coffee fan and according to a post shared by Coffee, one of the last few concerts he attended, he was jamming to Black Coffee’s music.

“Life is so short, we’re losing legends on a daily basis. Not so long ago, Michael K. Williams was dancing to the set of Black Coffee in LA and today we’re doing an RIP. What did we do to the world to deserve so much death in one year,” the video post reads.

They were indeed very close as Michael would even join Black Coffee on stage with him behind the decks.

Meanwhile, Black Coffee made headlines once again after it was alleged that his ex-wife Enhle Mbali, reportedly had her electrical bill unpaid and she and her family were left in the dark – again.

The actress slammed the news and said they were false as she was away with her family for a week in Durban, hence the “blackout.” City Press reported that the actress did not have electricity for a week, but her mother slammed the “false” reporting.

A source said told the publication that the first time something like this happened, Black Coffee settled the electricity bill but he promised her that it was the last time as he will never bail her out ever again. “Black Coffee’s family heard about the situation through others. He isn’t obliged to pay the electricity bill because, in terms of their parenting plan, each of them spends equal time with the children and therefore should take care of them equally,” a source said.

But sources close to Coffee alleged that they informed Enhle that she should cut back as she can no longer afford her lavish lifestyle. Prior to the release of the article, Enhle claimed that they called her, claiming that the media is stalking her.

“I just came back from a trip right and I got a call from the publication, City Press, and they have been saying they have been roaming around my house the whole week, and noticed there was no one home or there was a black out. Is that legal, is that not stalking, What do you guys think I should do?” she asked.

Meanwhile on her trip, she and her boys were enjoying some Black Coffee music and fans were wondering if she still has feelings for him or not.