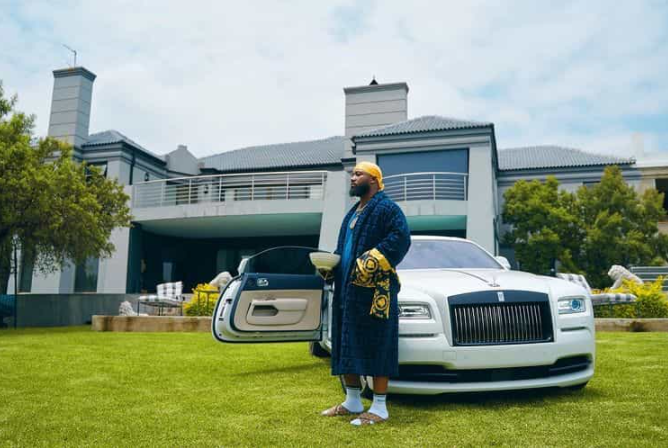 The Braai Show on SABC 1, which was formerly hosted by AKA will be returning this Wednesday at 18h00. The channel has revealed the guests that will be coming through on the highly anticipated new season. Mufasa will be preparing delicious meals for the likes of former Miss Universe Zozibini Tunzi and Somizi while catching up with them.

Check out who will be visiting Cassper and on which episode.

The much-awaited first episode will see Cassper catch up with former Miss South Africa Zozibini Tunzi. This is one for the books as Cassper has revealed that he has a crush on Zozibini.

Next week’s episode will see Mufasa feature one of Mzansi’s biggest comedians in Mpho Popps.

The third episode will see Cassper meet up with his friend DJ Sumbody who’ll be opening up about his transition from a taxi driver to a businessman. He owns a couple of clubs in Pretoria and Cape Town.

This episode will let us into the personal life of the biggest artist in South Africa right now, Makhadzi. She dropped her latest album on the same say as Drake.

Mufasa will also feature his business pater Lekau Sehaona, the young businessman who went from having no shoes of his own to building a multi-million-rand sneaker brand called DRIP Footwear. He also helped Cassper realise his dream of having his sneaker.

Youtuber and influencer Mihlali Ndamase will be featured in this episode. Cassper was accused of having the hearts for her recently.

Award-winning actor Presley Chweneyagae, affectionately known as Cobra to fans of The River 1 Magic will be visiting Cassper. This is one for the books.

Featured in this episode is South African boxing legend Dingaan Thobela. This should be interesting seeing that we have not heard from the legend in a long time.

Call it what you want but there was no way Cassper was going to have his first television show on SABC 1 and not feature his childhood friend Carpo. He opens up about how he grew up and how both he and Cassper survived depression.

You know what they say – save the best for last. Somizi will feature in the last show of the season. What makes this episode is that we are all looking forward to what Somgaga will say. The second part of the year has not been that great for him as he is currently going through a rocky divorce.

Catch The Braai Show with Cassper, on Wednesdays at 6 pm, only on SABC1.

Letoya Is Not Bothered By All The Hate